First elected to the Saskatchewan legislature in the 2011 provincial election, Larry Doke was re-elected in April of 2016.

Larry currently resides in the resort village of Metinota where he has served as a councillor, the director of the West Yellowhead Waste Resource Authority, and as the chair of the Jackfish Lake West Water Utility and Waste Water Utility.

Larry has served Saskatchewan as Minister of Government Relations, Minister responsible for First Nations, Métis and Northern Affairs, and as a member of the SaskBuilds Corporation Board. He has also been a member of Treasury Board and the Public Accounts Committee, the Standing Committee on the Economy, and a Legislative Secretary to the Minister of Highways.

Larry and his wife Valerie have two children and five grandchildren. In his spare time, he enjoys restoring muscle cars, golfing, fishing and volunteering in the Metinota community. 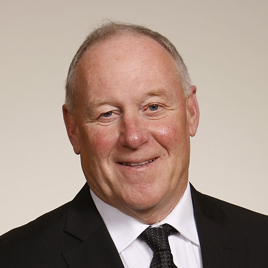