Since Premier Brad Wall and the Saskatchewan Party were elected, Saskatchewan has had the 2nd best economic and job creation record in Canada.

Under the previous NDP government, Saskatchewan had the worst economic and job creation record in Canada. That led to massive exodus of our young people and a declining population.

From 1991 to 2007, 56,000 more people moved out of Saskatchewan than moved in and Saskatchewan’s population stayed flat at just around one million people.

Today, that’s changed. Let’s never go back to a time when young people lacked opportunities and felt they had no option but to leave. 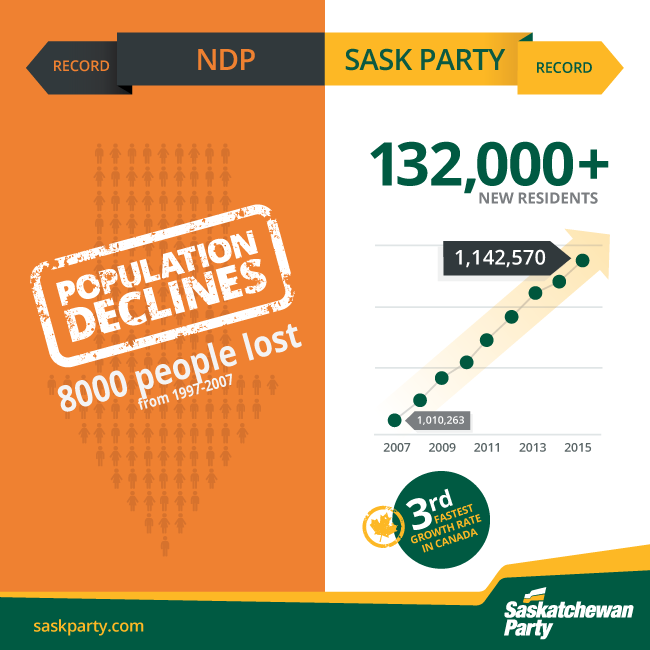 Support The Vision To Keep Our Province Strong & Growing