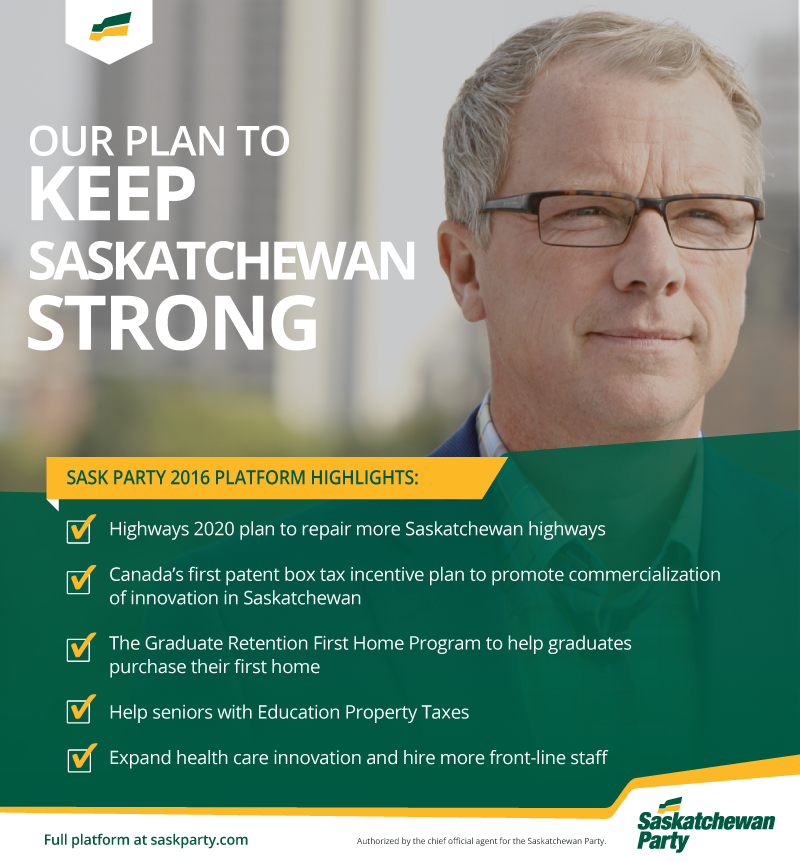 Wall said the platform includes very little new spending and will see the province return to balanced budgets by 2017-18.

“Most importantly, the Saskatchewan Party plan will keep our economy strong,” Wall said.  “So voters have a clear choice. We can continue to move forward with a strong economy that will keep attracting new investment and creating new jobs or we can go back to the way it was under the NDP, when so many people and jobs were leaving our province.

The platform includes new initiatives Wall has announced over the past two weeks, such as:

The platform also includes a new measure to help make life more affordable for seniors.  Starting in 2017, seniors with household income below $70,000 will be able to defer all or part of their education property taxes. Those taxes would not have to be repaid until the property is transferred or sold.

“Most seniors want to remain in their own home as long as possible and this is one step we can take to help them do that,” Wall said.

The total cost of the Saskatchewan Party platform in terms of new spending commitments is $105.4 million over four years.