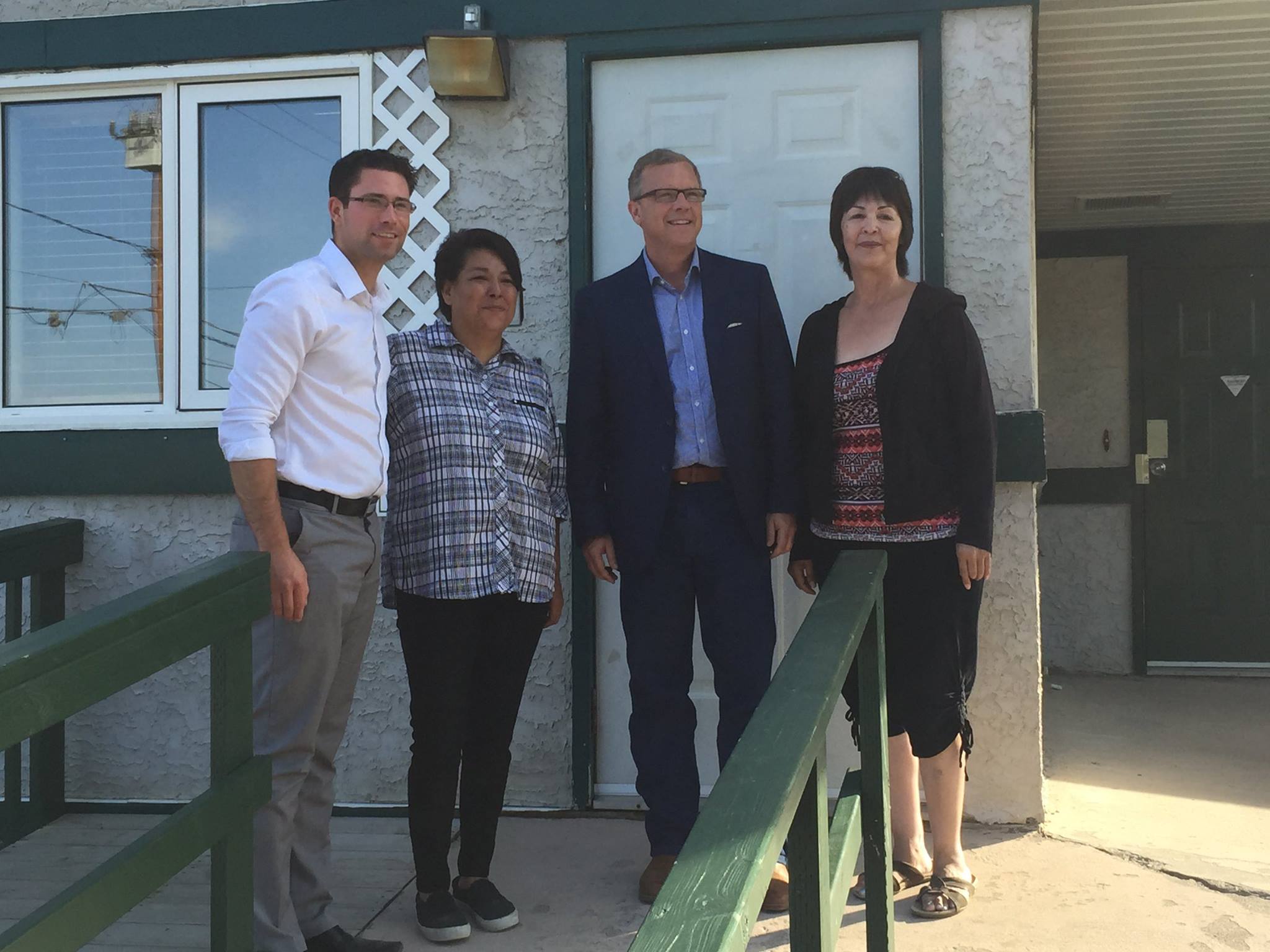 Premier Brad Wall is taking the Saskatchewan Party campaign north today as he travels to La Ronge in the northern constituency of Cumberland.

Wall will be there to support Saskatchewan Party candidate Thomas Sierzycki and to say thank you to people in the community for their efforts during last summer's unprecedented forest fires and evacuation.

"There are many people in the community to thank, particularly those who remained behind to coordinate the evacuation, to make sure property was safe, and to help feed and look after the firefighting crews.

"One of the people who stayed in La Ronge to lead those efforts was Mayor Thomas Sierzycki," Wall said.  "I know all of Saskatchewan was impressed by the leadership shown during this crisis by La Ronge's young mayor and I am proud that Thomas is part of the Saskatchewan Party team in this election."

Wall said Sierzycki would be a strong voice for northern Saskatchewan in the legislature.

"At the start of the campaign, when we learned that an NDP candidate wanted to shut down uranium mines, Thomas was quick to defend this industry and its importance to northern Saskatchewan and First Nations employment," Wall said.  "I know Thomas would be a much stronger voice for Cumberland than the current NDP member, who just last week didn't even bother to show up for an all-candidates’ debate in La Ronge.”

Wall said the NDP never delivered for the north during their 16 years in government.  In contrast, since 2007, the Saskatchewan Party government has made a number of important investments in La Ronge and northern Saskatchewan, including:

-       26.5 per cent funding increase to the Northern Lights School Division while enrolment has remained unchanged;

-       $33 million for a major addition and renovation at the Churchill Community High School in La Ronge;

-       Five new pre-K programs in the Cumberland constituency including two in La Ronge;