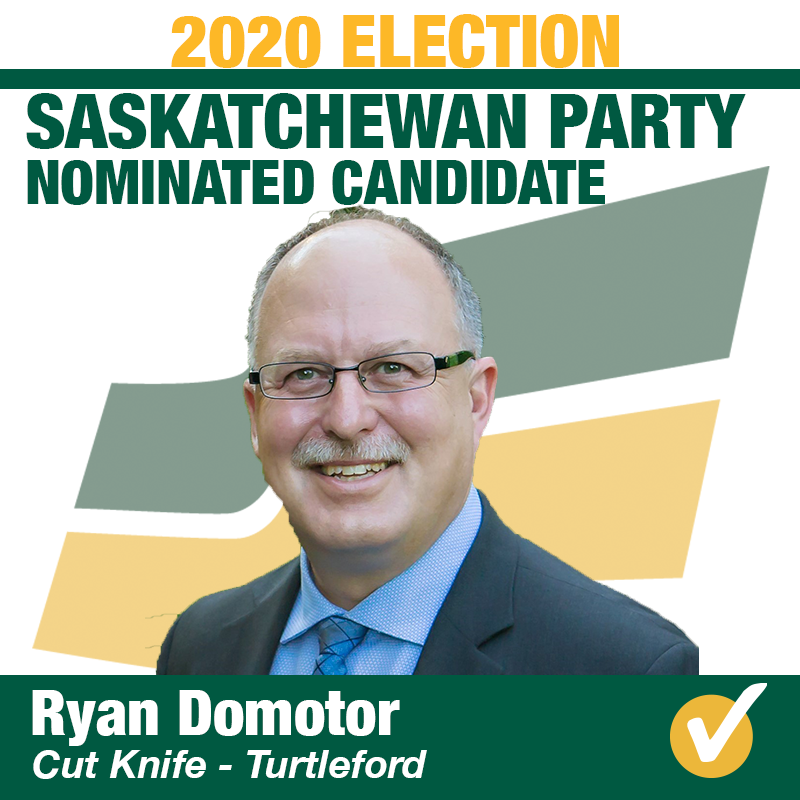 Mervin, SK – Tonight, Ryan Domotor was nominated as the Saskatchewan Party’s candidate for Cut Knife – Turtleford in the 2020 provincial election. One other candidate contested the nomination.

“I’m pleased and honoured to be selected by Saskatchewan Party members to represent this great constituency in the upcoming election,” said Domotor. “I’d like to thank my wife and family for supporting me in this nomination race, and thank everyone who encouraged me to run.”

Cut Knife – Turtleford has been represented since 2011 by Larry Doke. Doke announced last month that he would not be seeking another term as MLA in the area.

Domotor said Premier Scott Moe’s strong leadership was one of the reasons he decided to put his name forward after Doke announced he would not be running again.

“Premier Moe has been so strong for our province as he’s stood up against the Trudeau carbon tax, supported pipelines, and advocated for our province’s industries and families,” said Domotor. “But in addition to these important immediate issues, Premier Moe has a long-term vision for Saskatchewan that I fully support. I’m really looking forward to joining his team after the 2020 election and working towards achieving that vision to the year 2030.”

Domotor lives in Turtleford, and is the Chief Administrative Officer for the RM of Mervin #499. He has previously served as deputy mayor and on town council. Domotor and his wife, Noella, have two adult children, Logan and Lyndon.

With Domotor’s nomination, the Saskatchewan Party has now nominated 50 out of 61 candidates in advance of next October’s provincial election.