Colleen Young Acclaimed as the Saskatchewan Party Candidate for Lloydminster 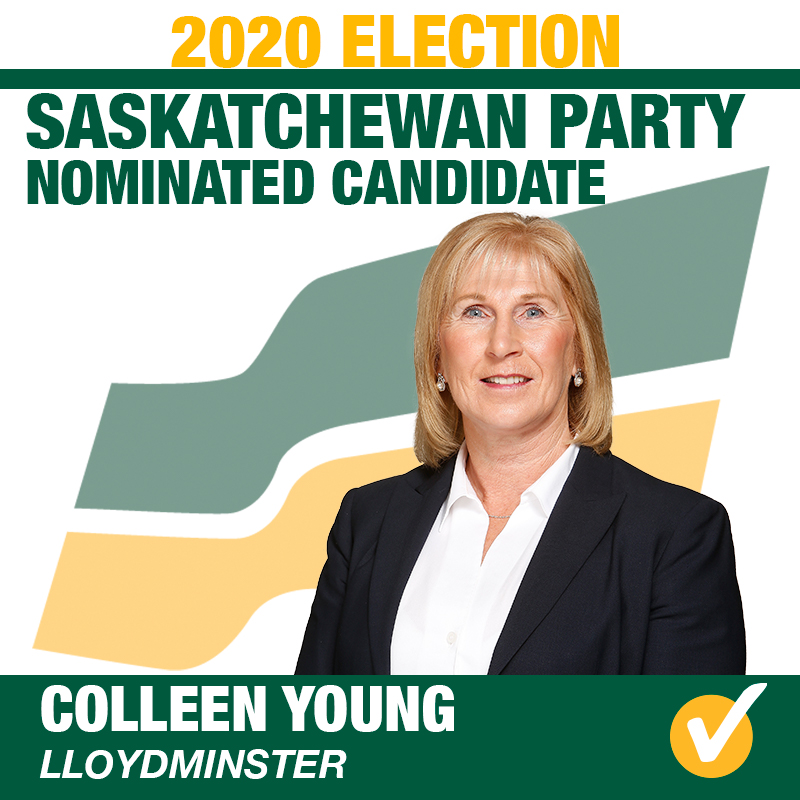 Lloydminster, SK – Current MLA for Lloydminster, Colleen Young, was selected as the Saskatchewan Party nominated candidate by local members to represent the constituency in the 2020 provincial election. Young was first elected in a 2014 by-election, and then re-elected in the 2016 general election.

“Thank you to the members of our party who have supported me since 2014,” said Young. “Representing this constituency has been a great opportunity to serve and I’m looking forward to working towards the 2020 election.”

Young pointed to her neighbours on the Alberta side of the Lloydminster border as one of the many reasons in deciding to run again for the Saskatchewan Party.

“I have many friends on the Alberta side of Lloydminster who have really struggled since the NDP government was elected in Alberta,” Young said. “The Alberta NDP have implemented a devastating carbon tax, don’t stand up for the energy sector, and keep throwing away taxpayer money like it’s nothing. We know that the Saskatchewan NDP are no different, and have applauded what the Alberta NDP have done.”

“We will always continue to stand up for the people of Saskatchewan. Here, there is no carbon tax, we support the industries that help Saskatchewan people provide for their families, and we’re balancing the budget. I’m looking forward to the 2020 election and showing the clear differences between us and the NDP!”

The next nomination meeting will be held in the constituency of Regina Gardiner Park on March 25, 2019.