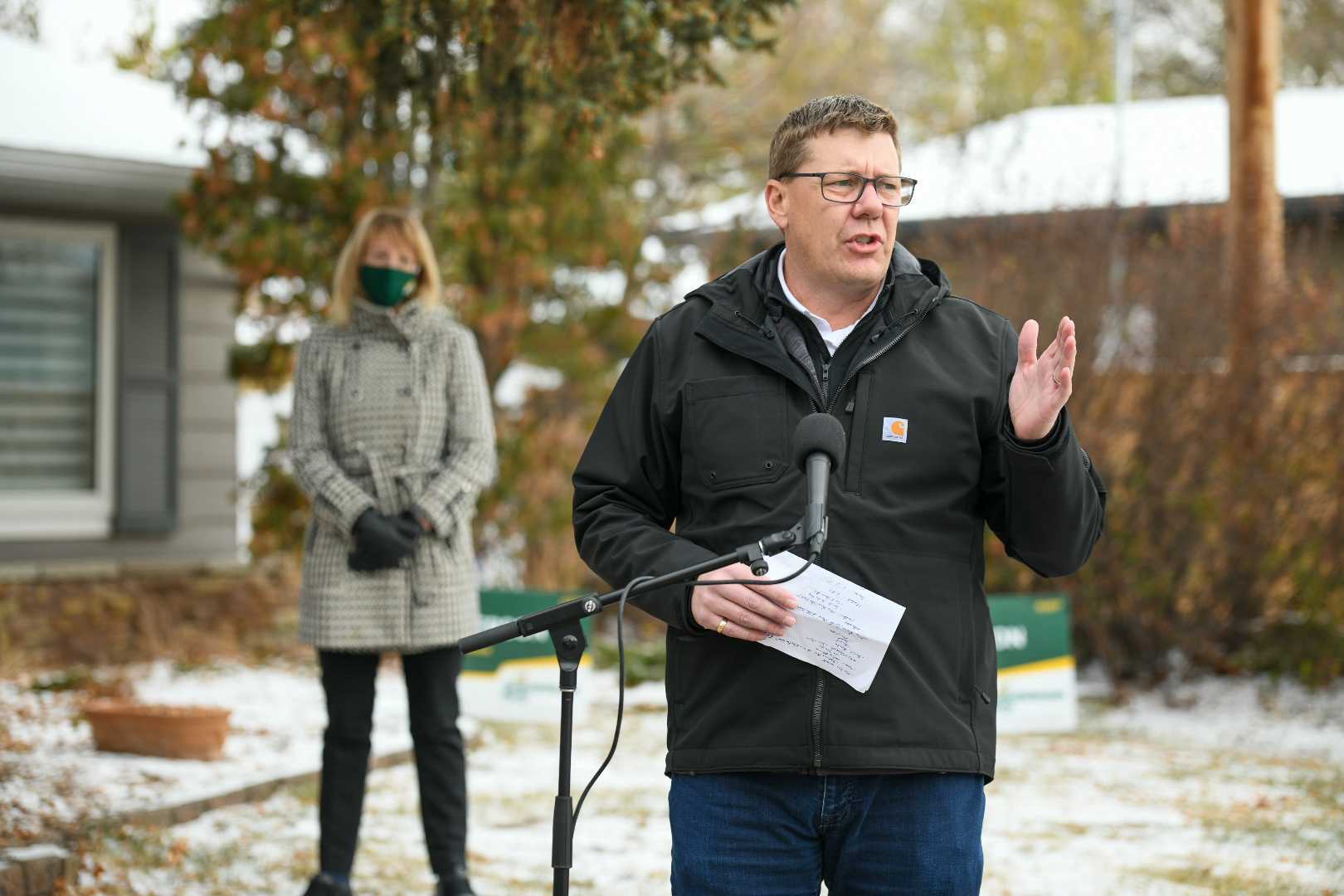 Premier Scott Moe is in Regina today, asking voters to support a strong recovery and a strong Saskatchewan by voting for their Saskatchewan Party candidate.

“Megan has been working hard to meet as many voters as possible and earn their support,” Moe said. “Our Saskatchewan Party government has had many strong voices from Regina, so we want to see that continue and see Megan join our Saskatchewan Party team in the Legislature.”

On Tuesday, thousands of voters throughout the province cast their votes in the first day on advance voting.

“Election Week is underway and you don’t have to wait until October 26th to go vote,” Moe said. “This year, there are more advance poll locations and they are open longer hours, so it’s a great chance to voter early and beat the rush on Election Day.”

Premier Moe said the ballot question in the election is – who do you trust to lead Saskatchewan’s economic recovery?

“And the Saskatchewan Party has a fully costed platform and a plan to balance the budget by 2024. The NDP failed to account for $4 billion in their platform, they have no plan to ever balance the budget, and their reckless spending will drive up your taxes.”