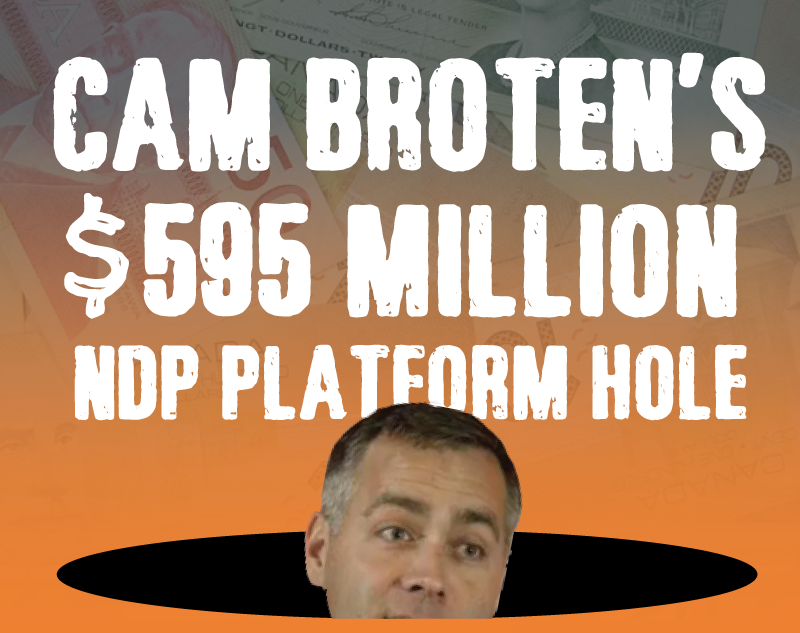 Cam Broten promised to bring back the NDP's old lowest cost utility rate bundle, but he forgot to account for the $595 million cost in his platform. That's a pretty big hole.

Even Dwain Lingenfelter accounted for the cost of this promise in the 2011 NDP platform. 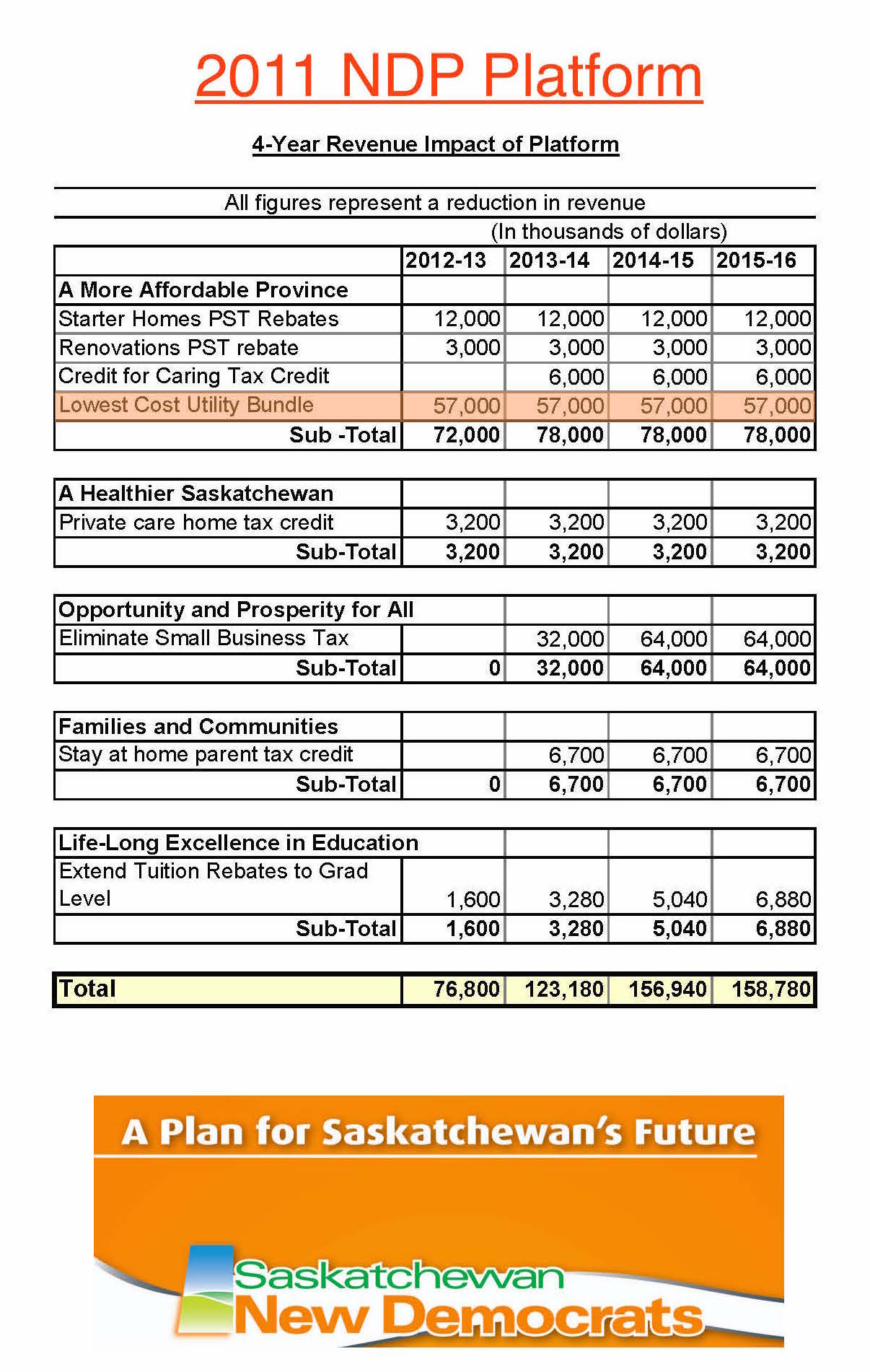 It means his platform doesn't add up and that the NDP would plunge Saskatchewan's budget into a deficit every year.

As reported in the Saskatoon Star Phoenix, this is the NDP budget forecast provided by the NDP:

The cost of providing the lowest cost utility bundle is $238 million per year. Even if the NDP were to phase in this promise over four years, this would be the cost that they failed to account for in their platform:

This error by the NDP means their budget would actually be in deficit every year: