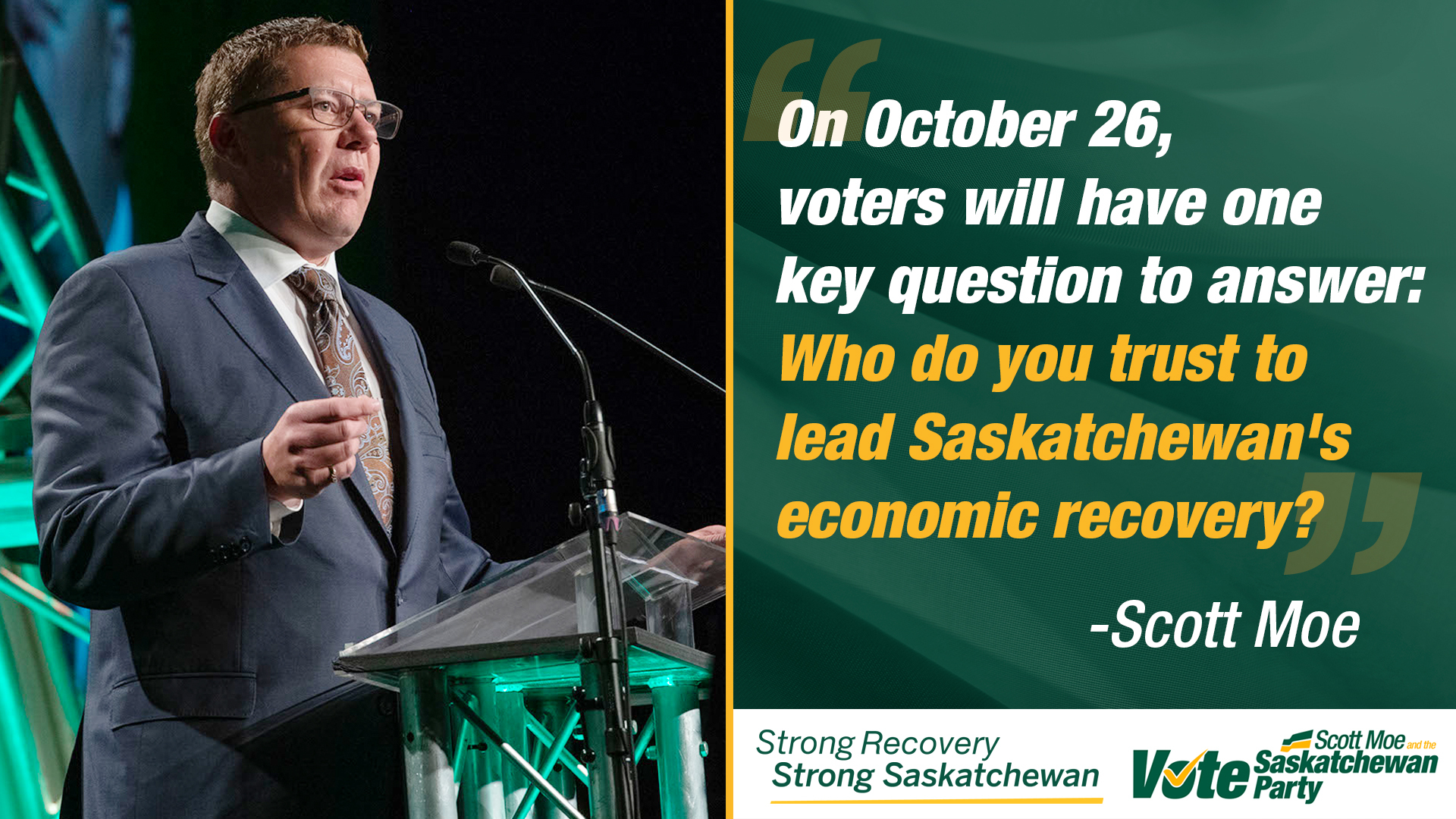 During the 2020 Provincial Leaders' debate, Saskatchewan voters heard a clear difference between the Saskatchewan Party and the NDP, and a clear answer to the question - who do you trust to lead Saskatchewan’s economic recovery from the pandemic?

Saskatchewan NDP leader Ryan Meili was left answering questions for the $4 billion in unaccounted spending revealed during the debate, totalling the NDP’s spending spree at over $6.7 billion. Moe stated that an NDP government would drive up taxes, drive up the deficit, or both. Meili again failed to provide a plan for how the NDP would balance the budget, instead promising billions of reckless spending.

“I want to close tonight where I started, by saying thank you,” Moe stated. “Thank you for watching tonight and thank you for everything you have done this year to see our province through the pandemic. Thanks to you, Saskatchewan is strong, and we are going to get through this, stronger than ever.”

Moe ended by asking voters to compare the plans and the records of the Saskatchewan Party with the NDP.

“In the days ahead, I hope you will take the time to compare the plans, compare the records, and vote in this election,” Moe said. “And on Election Day, vote for a strong recovery and a strong Saskatchewan.”