MLA for The Battlefords Herb Cox Will Not Run in 2020 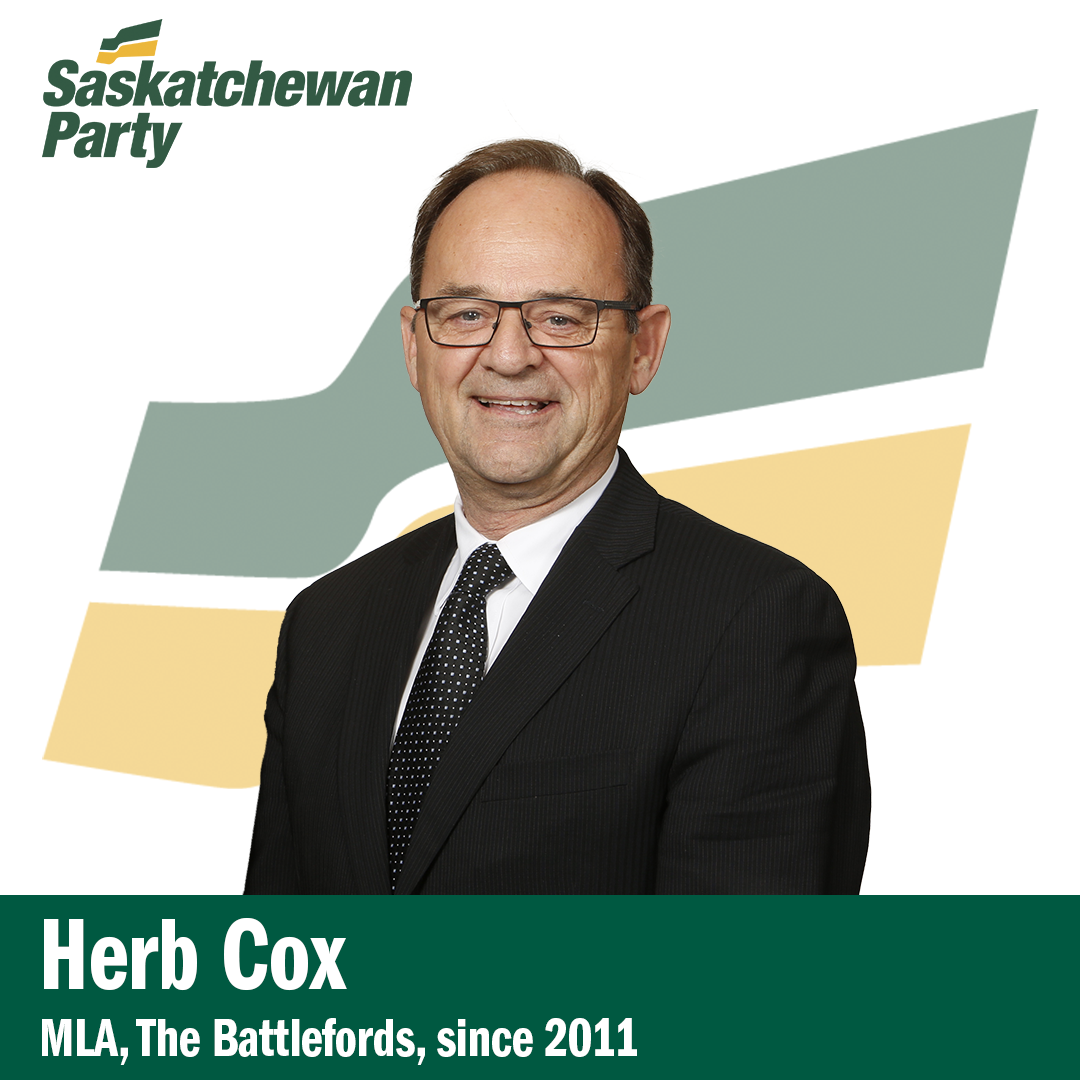 North Battleford, SK – Today, MLA for The Battlefords Herb Cox announced he will not be seeking re-election in the October 2020 election. Cox has served as the MLA for that constituency since 2011.

“It’s been the greatest honour to represent constituents of The Battlefords at the Legislative Assembly in Regina,” said Cox. “Over the last number of years, I can’t think of anything better that I could have done than to help people from my home constituency.”

“I will miss the work as an MLA, but it’s time to move aside and let the next person continue on this work.”

During his time in government, Cox served in cabinet as Minister of Environment, Minister of Advanced Education, Minister Responsible for SaskWater, and Minister Responsible for the Water Security Agency. He also served as Government Whip, and as the Legislative Secretary for First Nations, Metis Relationships and Northern Saskatchewan. Cox currently serves as Chair of the Crown and Central Agencies Committee, is the Legislative Secretary to the Minister of Corrections and Policing, and he is on the government caucus Operations Committee.

Premier Scott Moe also thanked Cox for his leadership on behalf of The Battlefords, and for his dedication to public service in Saskatchewan.

“Herb has been such a strong voice in our government and for his constituents, he will really be missed,” said Moe. “While it will be tough to not have Herb around anymore, his presence in cabinet and around the caucus table has been critical to the success of our government. I want to wish him and his family all the best in the future.”

Looking back on his time as MLA, Cox pointed to the investments in The Battlefords constituency as the thing he is most proud of.

“While North Battleford in particular still has some challenges, our government has made significant investments in the area, from education, highways, and social services improvements,” said Cox. “Of course, the biggest project has been the brand-new Saskatchewan Hospital North Battleford, that was completed last year. Replacing the 100-year old hospital with this brand new facility that is so much better for mental health patients – a facility that gives the patients and their families dignity in care -  that’s something that I’m very proud of.”

Cox also noted the fight against the federal carbon tax as another item that was important to him over the past few years.

"I am proud to support the strong leadership of Premier Scott Moe on the carbon tax and many other issues, and I will be working to support the re-election of our Saskatchewan Party government in the next election."

Before he was elected in 2011, Cox was a realtor in North Battleford. He and his wife Linda have three grown children who all live and work in Saskatchewan.