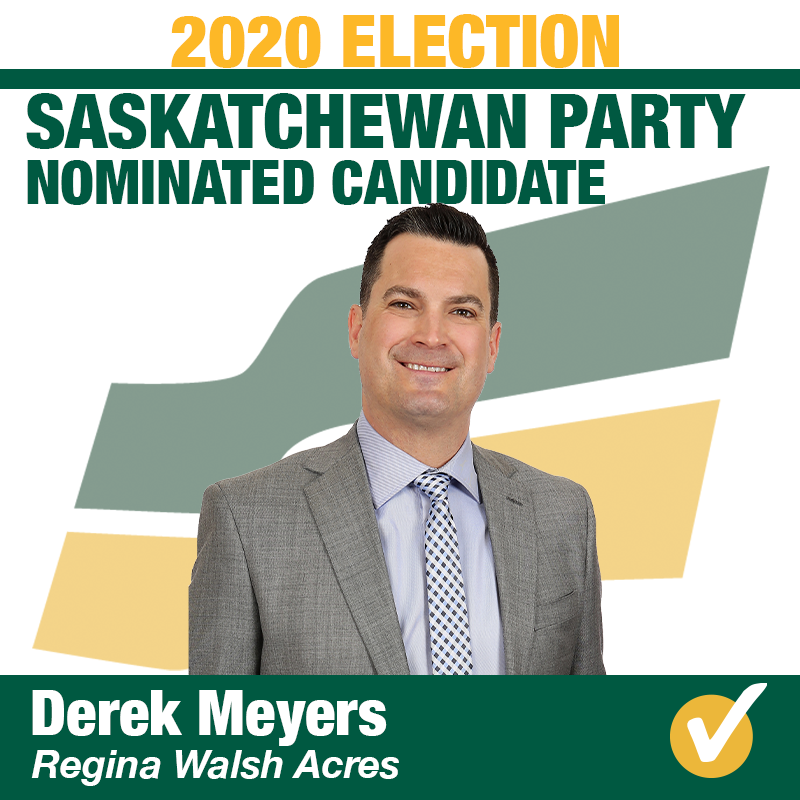 Regina, SK – Tonight, Derek Meyers was acclaimed as the Saskatchewan Party candidate for Regina Walsh Acres in the 2020 provincial election.

“Thank you to the Saskatchewan Party members in Walsh Acres that showed their support for me over the past few months,” said Meyers. “I look forward to representing our great party in the election this fall.”

Meyers is a small business owner in Regina and was previously the sports anchor and sports director for Global News Regina.

Meyers said the choice in Walsh Acres and across Saskatchewan this election will be crystal clear.

“Scott Moe is such a strong leader, and that’s meant a strong Saskatchewan. He’s always opposed the carbon tax, supported pipelines, and got us back to balanced budgets, while still investing in important programs,” Meyers said. “Meanwhile, Ryan Meili and the NDP keep showing weak leadership and how out of touch they are: they support the Trudeau carbon tax, oppose pipeline development, and will put Saskatchewan back into deficit budgets with no plan to balance.”

“I’m going to work hard for every vote over the next year, but I believe the choice is clear in Regina Walsh Acres.”

Meyers has lived in Regina since 2008 and has three children.

With this nomination, the Saskatchewan Party has now nominated 53 out of 61 candidates in advance of October’s election.