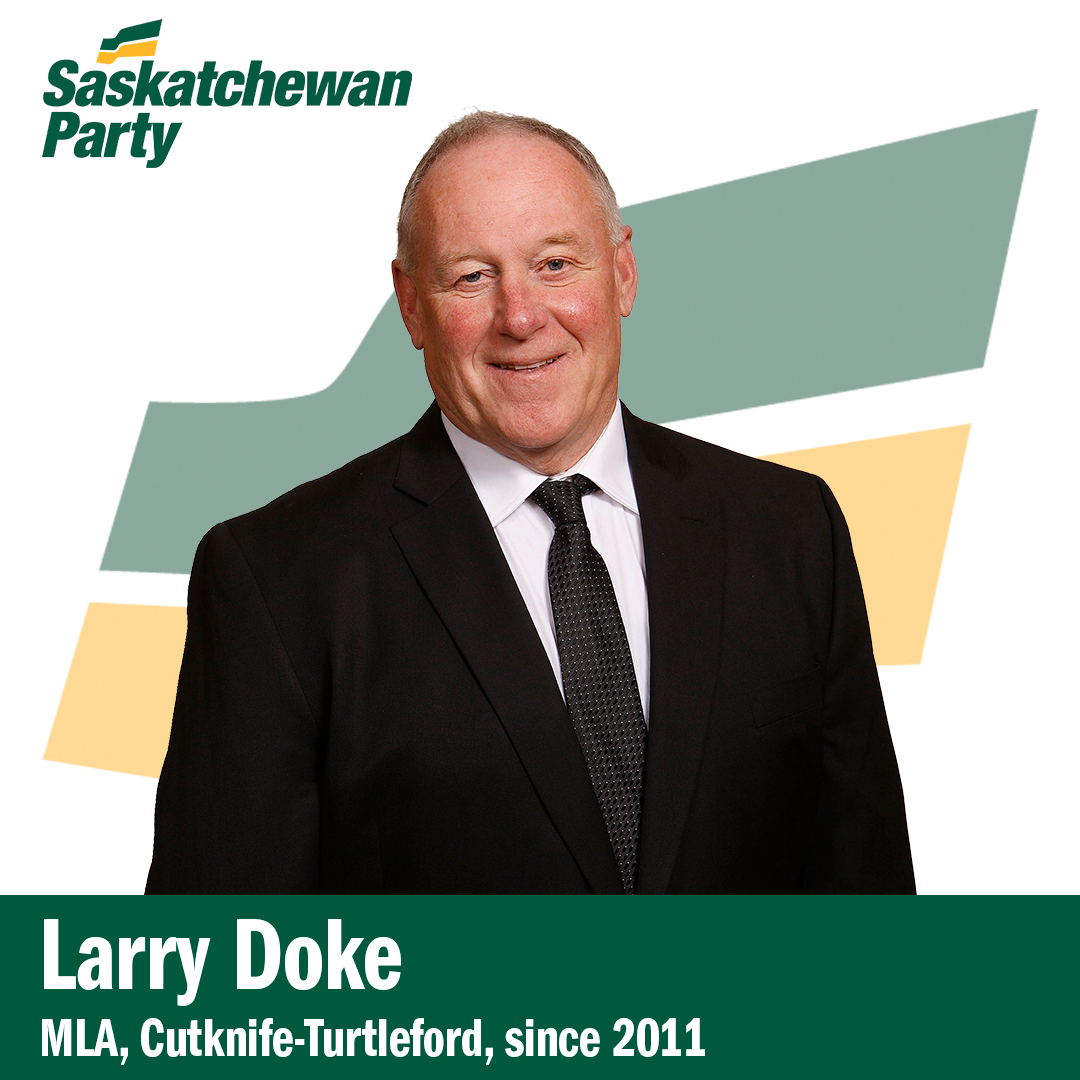 Meota, SK – Last night, at the Annual General Meeting for the Cutknife-Turtleford constituency association, MLA Larry Doke announced he will not seek re-election in 2020. Doke was first elected in the 2011 election, and re-elected in 2016.

“After much consideration, I feel like the time is right for me to move on,” said Doke. “The last number of years since being elected have been a great honour for me, and I have greatly enjoyed representing the constituents of Cutknife-Turtleford. I look forward to passing the torch to the next great representative for this part of Saskatchewan.”

Doke has also been heavily involved with the Pacific NorthWest Economic Region (PNWER) organization for the past few years as the lead delegate for Saskatchewan. He has been PNWER Vice-President, and currently is serving as President.

Premier Scott Moe thanked Doke for his service to constituents, and for his work on the many and varied government files and committees since 2011.

“Larry and I were both elected for the first time in 2011, and I have gotten to know him well over our time together as Saskatchewan Party MLAs,” said Moe. “I want to thank Larry and his family for his service, and for the work that he has done on behalf of the people of Saskatchewan.”

Doke said that the Saskatchewan Party is in good hands with Premier Moe leading the way.

“It’s been said before but I’ll say it again: with Premier Moe in charge, Saskatchewan has incredibly strong leadership,” Doke said. “He’s stood up to Trudeau on the carbon tax, he’s fought for our farmers on the canola crisis, and he’s rallied support for our oil and gas industry. I’m very proud to have worked alongside Premier Moe for the last number of years.”

Prior to joining the legislature, Larry was owner/operator of Fairview Dodge in North Battleford. Larry and his wife Valerie have 2 children and 5 grandchildren.