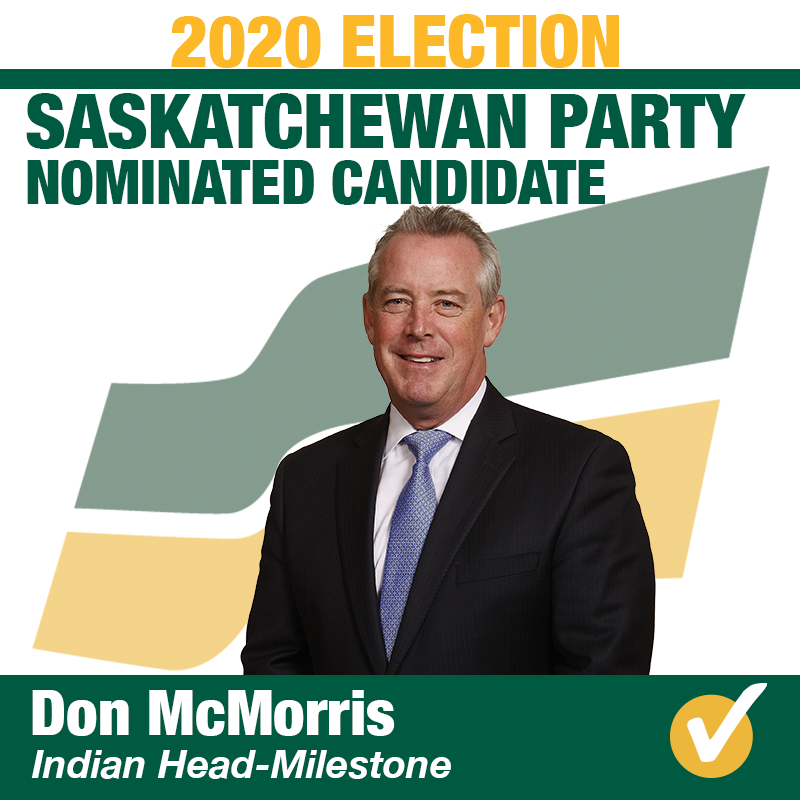 Indian Head, SK – Tonight, Don McMorris was nominated as the candidate for Indian Head-Milestone in the 2020 provincial election. McMorris was first elected to the Saskatchewan Legislature in 1999, and was re-elected in 2003, 2007, 2011, and 2016.

“I want to thank all of the constituents and supporters here in Indian Head and across this incredible constituency,” said McMorris. ““I want to thank them for continuing to support me, encouraging me to run again and to keep representing the interests of people in Indian Head-Milestone. I am deeply honoured to have their support and to once again be running for the Saskatchewan Party.”

McMorris said he is excited for the upcoming 2020 election and is looking forward to continue working with Premier Scott Moe.

“From the moment he won the leadership, Premier Moe has been such a strong voice for Saskatchewan,” said McMorris. “We’re at such a critical point in Canada, when our families, businesses, and industries need our support – especially our farmers. We’ve seen that Ryan Meili and the NDP are so out of touch and want to support a carbon tax and other damaging policies. I’m thankful we have a man like Scott who will stand up for Saskatchewan.”

With the nomination of McMorris, the Saskatchewan Party has now nominated 44 candidates in advance of the 2020 election.