A re-elected Saskatchewan Party would:

Saskatchewan’s economy has become increasingly diversified and has remained strong even while the government's budget is tight due to lower resources revenues.

In 2009, when fiscal conditions were similar in Saskatchewan, we managed the budget prudently to ensure the province remained in a position of strength.

We are proud of our fiscal record of debt repayment, tax reduction and shrinking the size of government.

It’s a stark contrast to what the NDP would do when resource prices were lower. They raised your taxes (21 times in 16 years!), stopped investing in infrastructure and ground our economy to a halt. Let’s never go back. 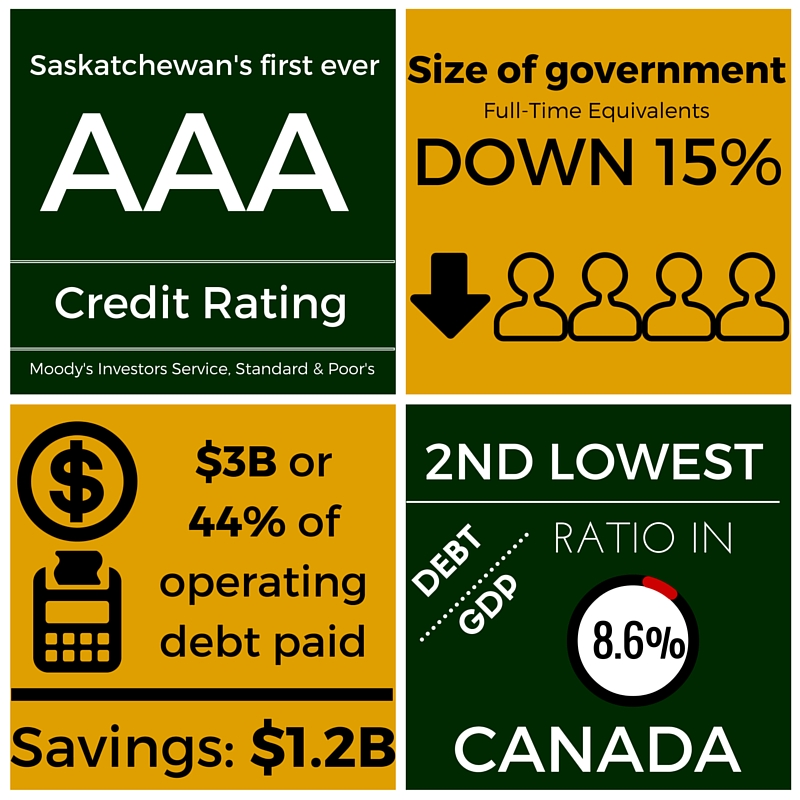 I Want To Keep Our Province Strong And Growing