A Risk We Can’t Afford: Fact Checking the NDP’s Failed Explanation for $4 Billion in Unaccounted Spending 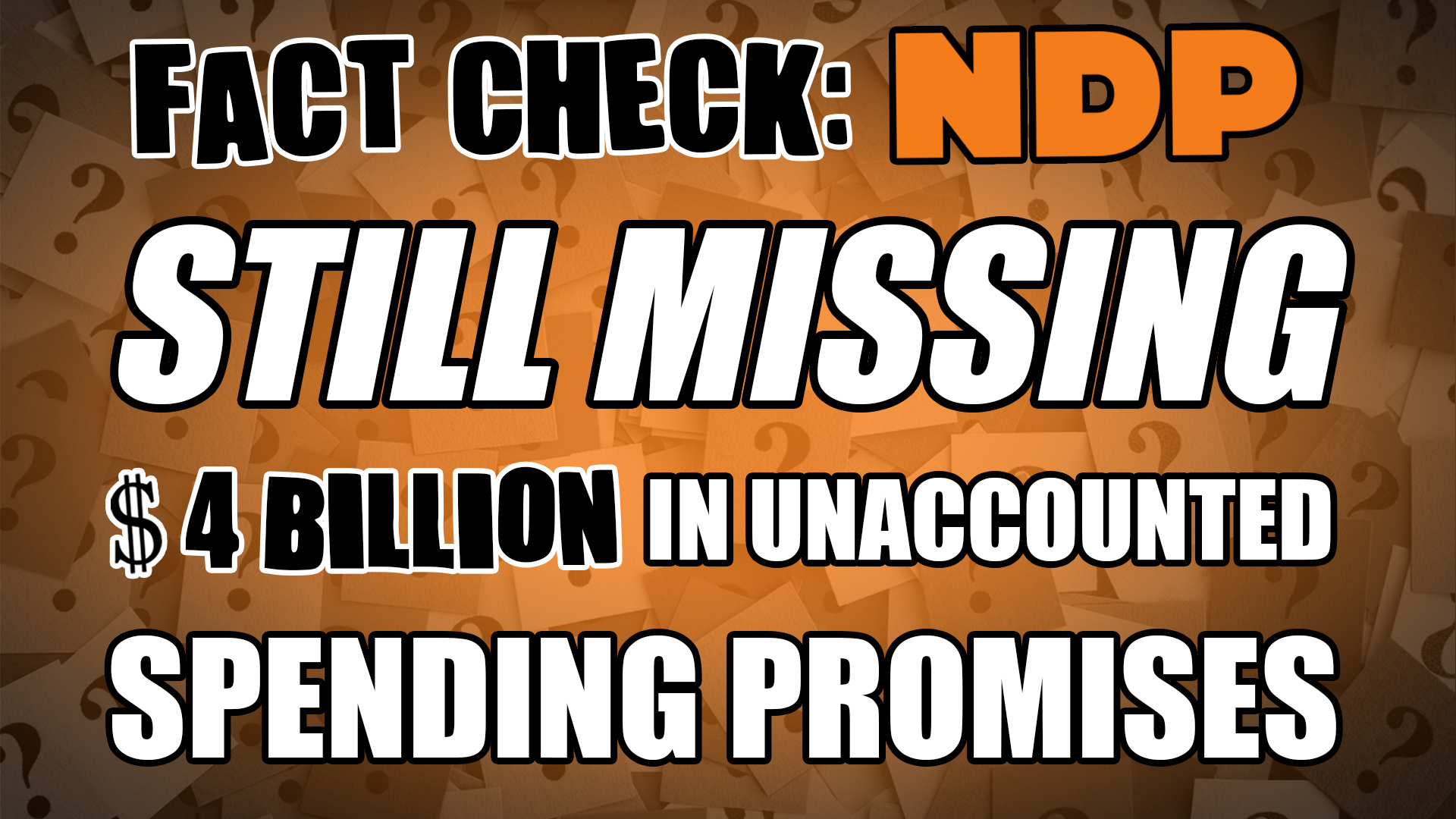 After Saskatchewan Party leader Scott Moe revealed that the NDP didn’t account for $4 billion in platform spending, the NDP tried to explain their way out of why they missed these costs.

Once again, statements from the NDP simply don’t stand up against the facts, and they don’t even stand up to Cam Broten’s 2016 Election platform which included capital spending.

Fact Check:
The NDP have stated that Renew Saskatchewan would provide loans to allow customers to install renewable power such as solar and undertake energy efficiency measures in their homes.

However, only government-owned capital or capital construction undertaken by entities within the Summary Financial Statements (such as school boards) can be capitalized. Loans to individuals can’t be capitalized since government doesn’t own the asset. Instead, loans are accounted for as an increase to the provincial debt. Renew Sask would see $1 B in loans added to the debt, while $292 M in lost revenue would directly impact the deficit.

Similarly, grants to municipalities / rink operators to support the Community Rink Grant are accounted for as expense in the Summary Financial Statements because it’s a grant to a third party. Government doesn’t own the asset, so it can’t be capitalized. Therefore, this operating cost must be expensed in the year in which it’s incurred.

That’s why the Saskatchewan Party platform has costed re-instatement of the Community Rink Affordability Grant as an annual $1.7M expense.

NDP Claim:
Capital expenditures will be paid for by reprioritizing funds within the existing SaskBuilds capital plan, which includes $1.3 billion that is totally unallocated, including:

Fact Check:
The NDP platform promises to “Commit to fulfilling the government’s ten-year SaskBuilds capital plan, reprioritizing to the most needed projects.” The NDP’s claim that $1.3B is unallocated is false. Therefore, the NDP would have to cancel existing commitments to pay for their new commitments.

Adding additional NDP capital promises to the SaskBuilds capital plan would mean cancelling planned projects, including new schools and urgent care centres that are included in the current plan.

Of the $1.3B designated for Major Infrastructure Stimulus, $778.7M has been allocated as follows:

Which projects would they cancel?

Fact Check:
The NDP’s estimate of the cost of the PST on construction labour comes from the year in which the PST was originally introduced. The Leader-Post story included in the NDP’s response notes: “The decision took effect in April 1, 2017. The change added about $197.6 million to provincial coffers that fiscal year, less than the anticipated $350 million.”

PST revenue in the 2017-18 Budget was lower than initially expected because projects that were under construction were grandfathered when the PST rules were changed. Since then PST revenue has grown.

NDP Finance critic Trent Wotherspoon was informed of current revenue from the PST on construction labour by Finance Minister Donna Harpauer during Crown and Central Agency Estimates for the Ministry of Finance on June 16, 2020: “the fiscal impact’s obviously substantive, because it is, I believe, $450 million of revenues.” (Hansard, June 16, 2020, p.947).

NDP Claim:
Film Employment Tax Credit: A study by SaskFilm and the Saskatchewan Chamber of Commerce found that the net cost of the tax credit was $1.3 million. It would take a few years to rebuild the industry, which is why the cost in our plan starts small and grows large to $1.3 million in the fourth year.

No other cost in the NDP platform (or the Saskatchewan Party platform) incorporates future tax revenue associated with estimated economic activity to produce a “net cost” of the commitment.