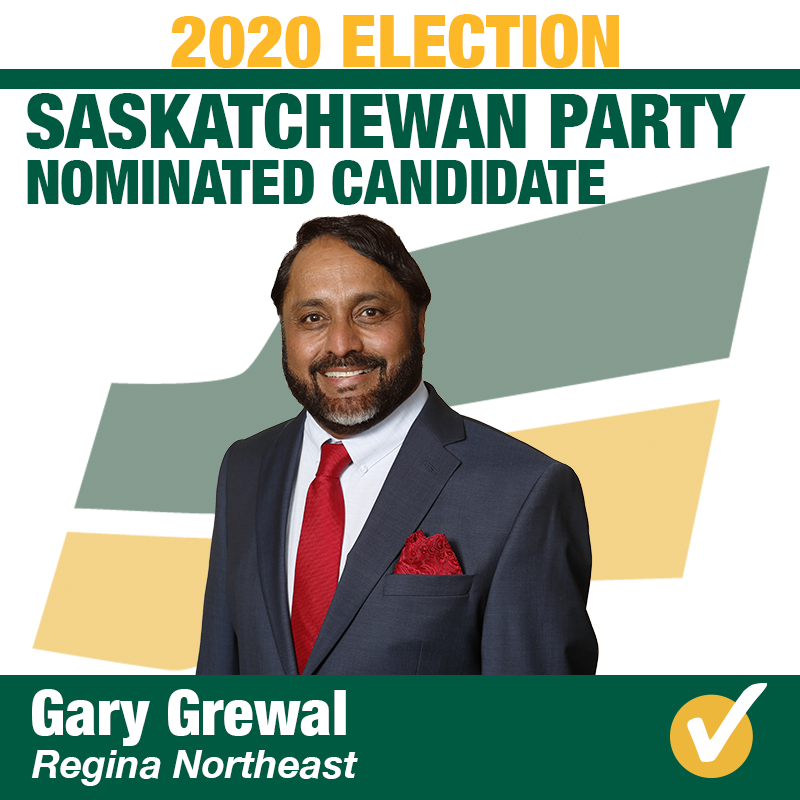 Regina, SK – Tonight, Gary Grewal won a contested nomination to be the Saskatchewan Party candidate for Regina Northeast in the 2020 provincial election. Over ____ members cast votes at a well-attended meeting.

“Thank you to all of the Saskatchewan Party members that showed their support for me tonight,” said Grewal. “I look forward to representing our great party once again in the election next fall.”

This will be the second time Grewal has been the nominee for Regina Northeast, after running as the Saskatchewan Party’s candidate in the by-election for Northeast in September 2018.

Grewal said this election in Regina Northeast will be all about who will stand up for the constituents in that area.

“Scott Moe is standing up for Saskatchewan, and showing strong leadership for our province. He’s always opposed the carbon tax, supported pipelines, and got us back to balanced budgets,” Grewal said. “Meanwhile, Ryan Meili and the NDP are weak and out of touch; they support the Trudeau carbon tax, oppose pipeline development, and will put Saskatchewan back into deficit budgets with no plan to balance.”

“I’m going to work hard for every vote over the next year, but I believe the choice is clear in Regina Northeast.”

Grewal is the past-president of the India Canada Association of Saskatchewan. He has been working in the hospitality sector in Regina for the past 25 years after immigrating to Canada in 1983. He has previously served as the Director of the Canadian Cricket Association and President of the Sikh Society.

Grewal and his wife, Seema, have three children and two grandchildren.