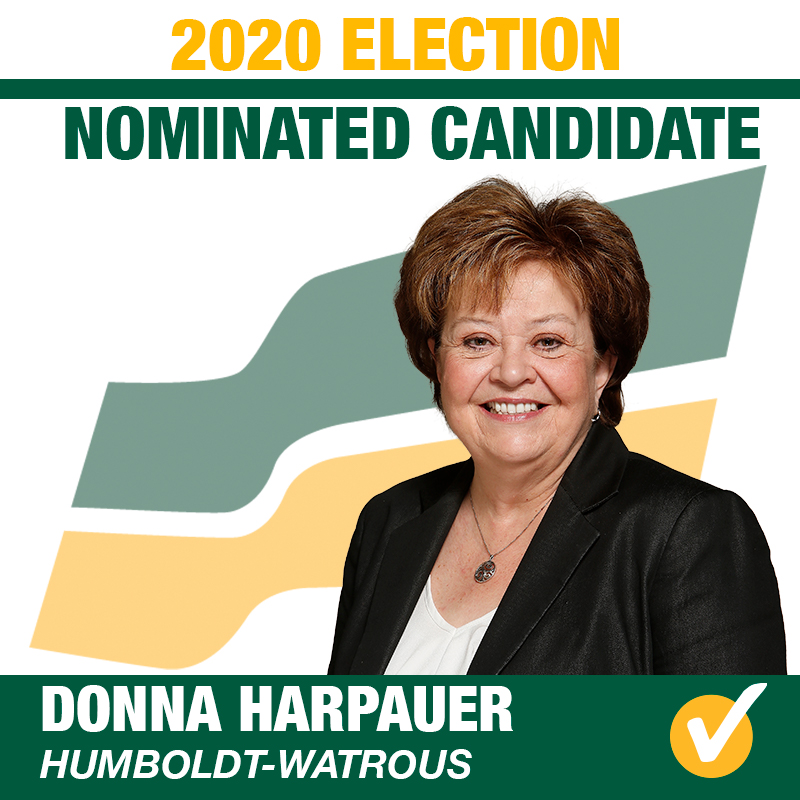 “I want to thank all of the local Saskatchewan Party members for supporting me, but most importantly I want to thank everyone in the Humboldt-Watrous constituency,” said Harpauer. “It is a true honour – especially this past year with events that have happened in Humboldt – to represent the people of this great constituency.”

Harpauer currently serves as the Minister of Finance and notes that her support for Premier Scott Moe and his strong leadership for Saskatchewan as one of the main reasons she decided to run again.

“Premier Scott Moe has always stood up for the people of Saskatchewan and I know that he will continue to do so.”

"Next month we will be releasing the 2019-20 budget.” Harpauer said, “In response to the $1.2 billion downturn in the oil and gas industry, we introduced a 3-year plan to bring the government's finances back to balance while maintaining supports and services for the people of this province.  The 2019-20 budget is the third year of that plan and to date, we are on track."

With Harpauer’s nomination, the Saskatchewan Party has now nominated 28 candidates in advance of the 2020 election.

The next nomination meeting will be held on March 4, 2019 in the constituency of Moosomin.