If re-elected, Premier Brad Wall and the Saskatchewan Party government will repair more Saskatchewan highways through a three year, $70 million surge in highway repair and maintenance.  This commitment is part of a new Highways 2020 Plan announced today by Premier Wall. 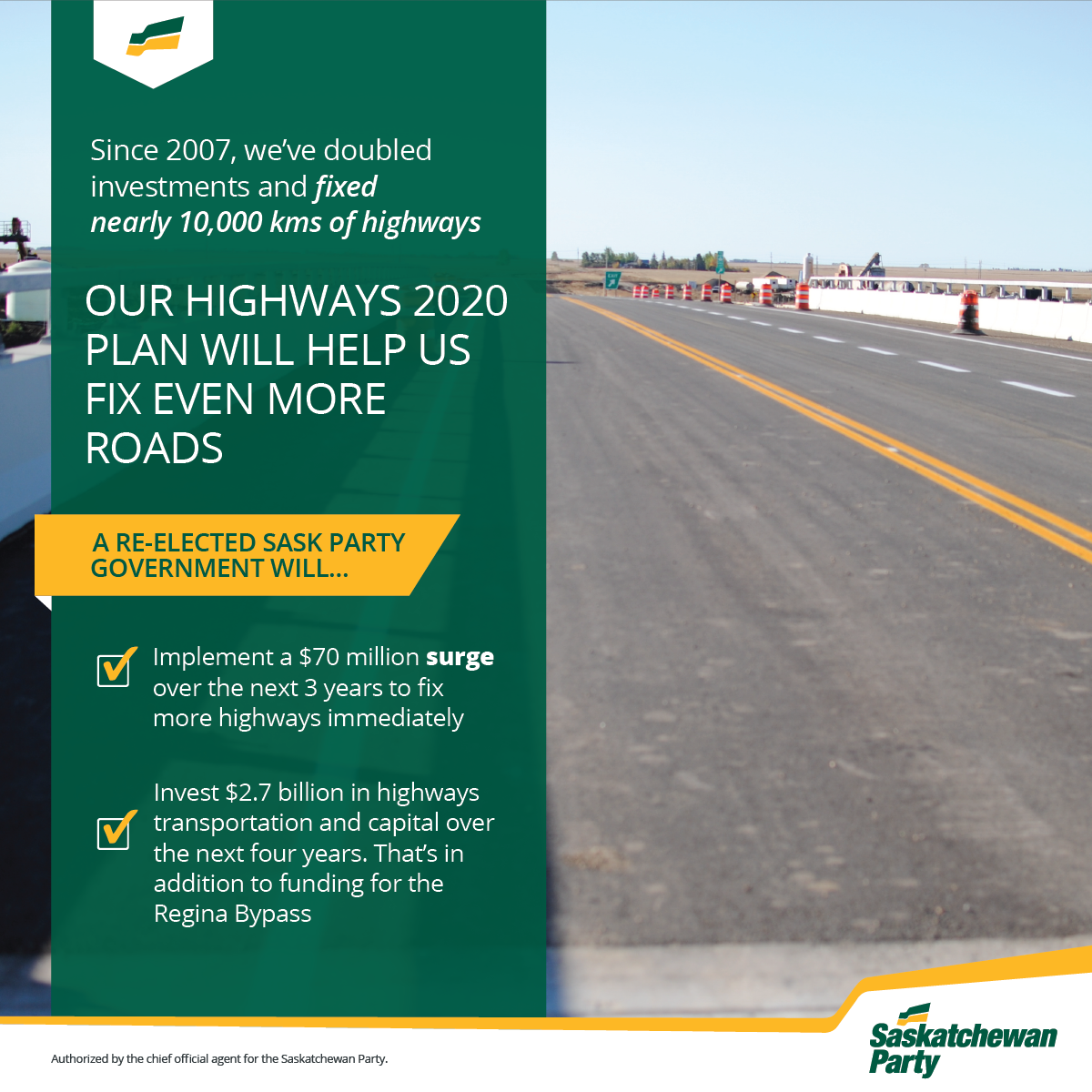 “I spend a lot of time driving on Saskatchewan highways so I know a lot have been fixed, but I also know a lot still need to be fixed,” Wall said.  “That’s why the Saskatchewan Party will increase the highway repair and maintenance budget by $30 million this year and $20 million in each of the next two years for a total of $70 million over the next three years.  That’s a 20 per cent increase in 2016-17.”

Under the Highways 2020 Plan, a re-elected Saskatchewan Party government will invest $2.7 billion in highways and transportation infrastructure over the next four years.  This funding is in addition to funding for construction of the Regina Bypass.

Wall said the $70 million increase in highway repair funding will be the largest new spending commitment in the Saskatchewan Party’s platform.

In its first eight years in government, the Saskatchewan Party repaired and rebuilt nearly 10,000 kilometres of highways and invested $5.2 billion in Saskatchewan’s provincial highway network - $1 billion more than the NDP invested in the previous 16 years.

“For many years, the NDP wasn’t even putting all of the fuel tax collected back into highways, leaving Saskatchewan with a billion dollar pothole in highway maintenance,” Wall said.  “Every year, our government invests all of the fuel tax and more into highway construction and repair.  Let’s never go back to the way it was under the NDP.”

Wall said in addition to making our roads safer to drive on, the new highway funding will have the added benefit of creating economic activity and jobs during this downturn in the oil sector.

“Investing in highways and infrastructure and fixing Saskatchewan roads – it’s part of our plan to keep Saskatchewan strong.”

To read the backgrounder on the highways plan click here