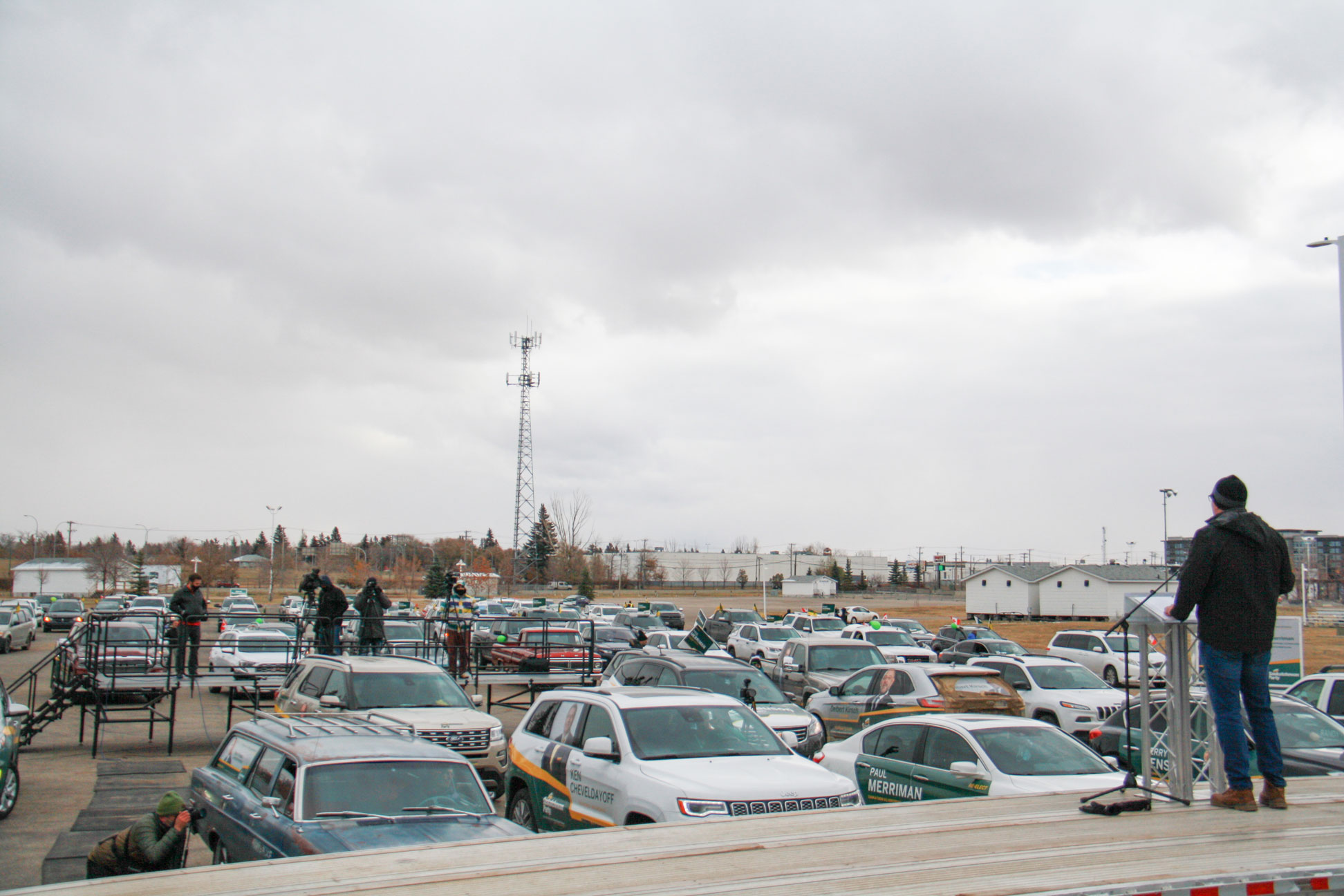 After being introduced by Saskatoon Meewasin candidate Rylund Hunter, Premier Moe addressed the crowd and outlined the clear differences between the Saskatchewan Party and the NDP.

“Today, there are 170,000 more people living in the province that there were in 2007,” Moe said.  “Under the NDP, we lost people, jobs and opportunities to other provinces.

Premier Moe’s speech was interrupted several times by the crowd honking their support.

Moe also outlined the Saskatchewan Party’s key campaign commitments to drive a strong recovery and make life more affordable for everyone, including:

“The ballot question in this election is - who do you trust to lead Saskatchewan’s economic recovery?  The Saskatchewan Party has the best plan for a strong economy, strong communities, strong families and a strong Saskatchewan.”