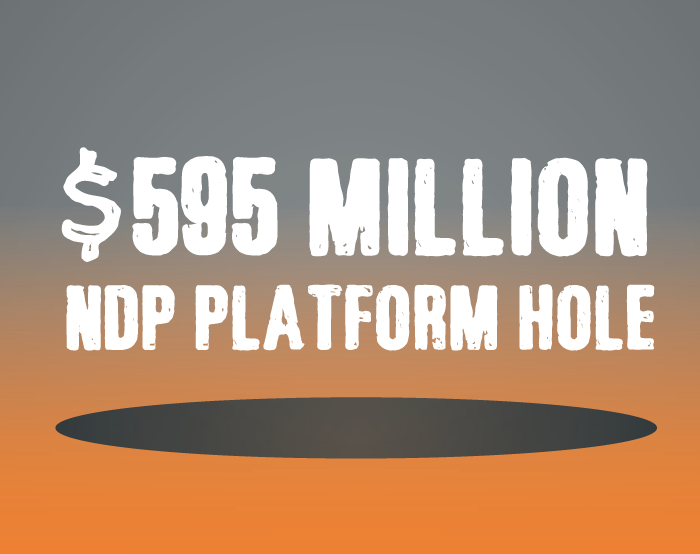 NDP Leader Cam Broten today admitted that he did not account for the cost of his lowest utility rate bundle promise in the NDP election platform – a promise that would cost $595 million over four years to deliver.

At a news conference today in Saskatoon, Broten was asked why cost of this promise was not included in the costing of the NDP platform.  Broten answered: “It’s not in the platform because it’s being delivered through the Crowns.”

“Under summary financial budgeting, the budget has to take into account every dollar of revenue and spending, including the Crowns,” Wall said.  “Yet somehow, Mr. Broten seems to think that this $595 million expense he is promising doesn’t count because it’s in the Crowns.

“He’s just dead wrong about that.  The Crowns are part of the province’s summary budget every year.   And that means this cost should have been included in his platform.”

Wall said Broten’s big mistake would throw the provincial budget into a deficit every year.

“Mr. Broten was forecasting very slim surpluses in each of the last three years of the four-year term,” Wall said.  “The cost of the utility rate bundle promise would swamp those surpluses and plunge the province into deficits every year.”

Broten tried to explain that certain Crown Corporation costs are not included in the provincial budget.  Wall said that’s just not true.

“Under summary budgeting, the government has to account for every dollar the government spends, including in the Crowns,” Wall said.  “It’s astonishing that someone running for Premier of the province doesn’t understand that.”

Wall noted that the irony that for years, the NDP called for the government to move to summary budgeting, which includes the Crowns.

“Either Mr. Broten does not understand summary budgeting or he does and wanted to hide the cost of this $595 million promise so his platform did not show deficits in every year,” Wall said.