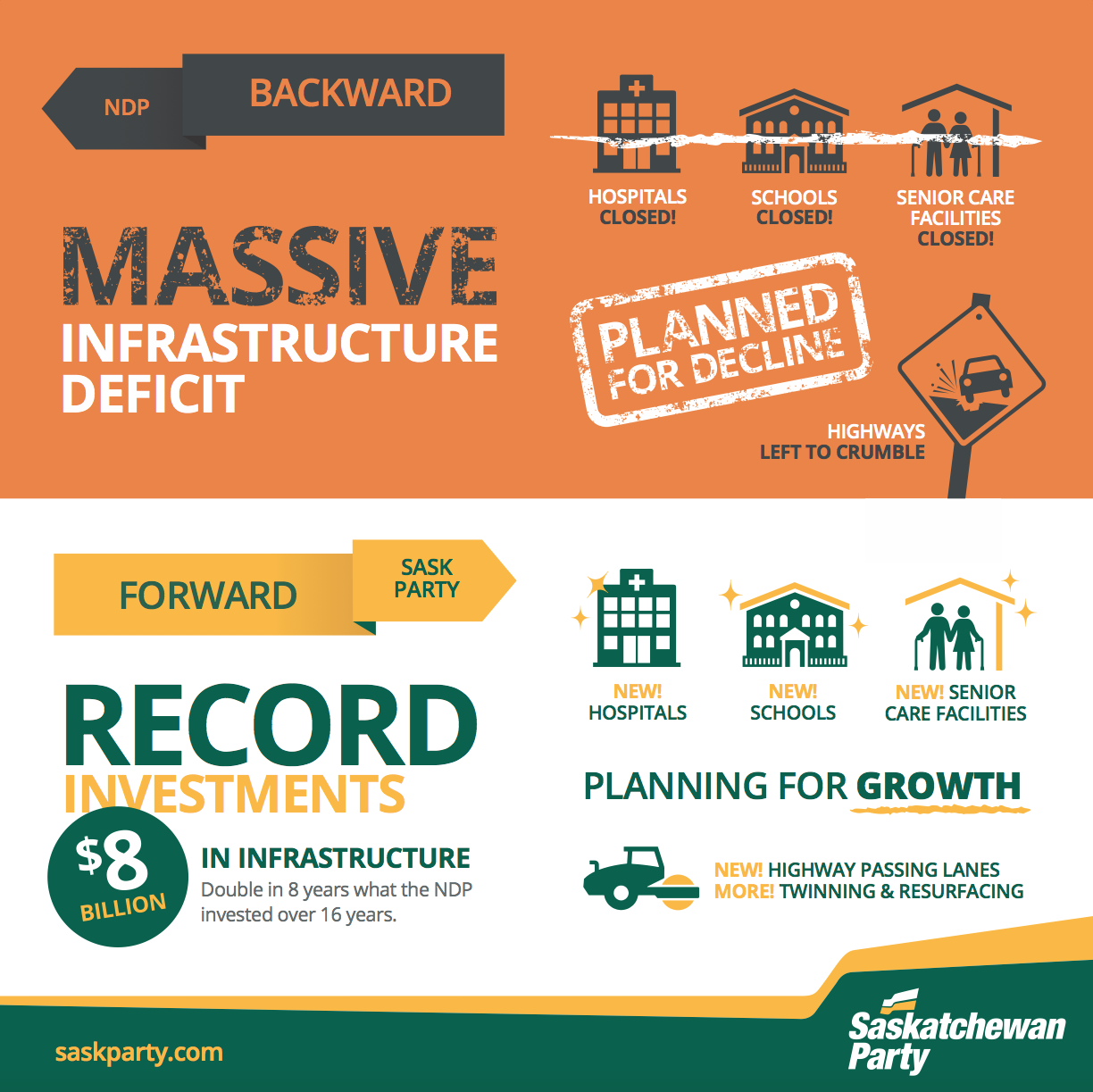 “These are all important projects for Saskatchewan’s continued growth in the long-term, and in the short-term, these projects are creating thousands of construction jobs that will help keep our economy strong,” Wall said.  “Our government has made record investments in infrastructure over the past eight years, and we will continue to do so over the next four if we are re-elected.”

Today in Saskatoon, Wall visited the site where work has begun on the new North Commuter Parkway Project.  The $211 million project is a P3 partnership between the provincial government, the City of Saskatoon and the federal government.  The province is contributing $50 million toward the project.

“Our government’s use of P3s has enabled us to complete projects quicker and at less cost to taxpayers,” Wall said.  “The NDP wants to shut down P3s, stopping all of these projects and putting hundreds of people out of work.”

The North Commuter Parkway Project is expected to create 600 person-years of employment and have 175 people working on-site at the peak of construction.  Graham Commuter Partners is the lead company on the project, which will involve about 30 companies, the vast majority of which are Saskatchewan-based.

“When the Saskatchewan Party was first elected in 2007, we inherited a massive infrastructure deficit from an NDP government that was content to let our schools, roads and hospitals crumble,” Wall said.  “There is more work to be done but we’ve come long way since then.”

Since 2007, the government has invested in:

-       The new hospital in Moose Jaw, the new Children’s Hospital in Saskatoon and the new Saskatchewan Hospital in North  Battleford; and

-       Many transportation infrastructure projects including the Regina Bypass, the South Circle Drive Bridge in Saskatoon and the new St. Louis Bridge.