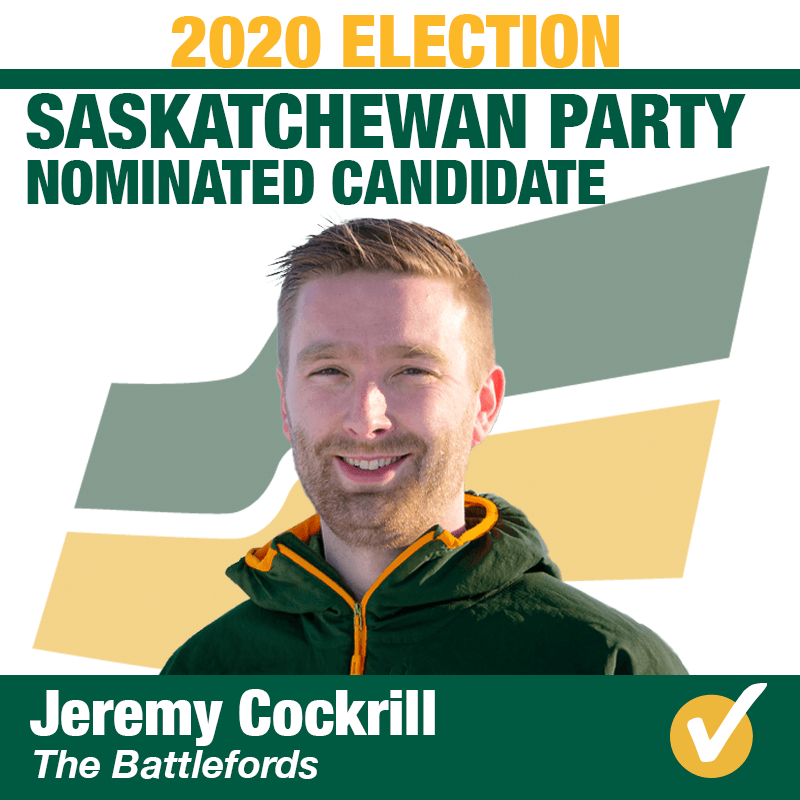 North Battleford – Tonight, Jeremy Cockrill won a contested nomination to be the Saskatchewan Party’s candidate for The Battlefords in the upcoming provincial election. He defeated one other candidate.

“It’s a tremendous honour to be selected by Saskatchewan Party members in The Battlefords to represent this great constituency,” said Cockrill. “Thank you to my family and campaign supporters for helping me in this nomination campaign – I couldn’t have done it without you.”

Cockrill said he looks forward to working with Premier Scott Moe and all of the Saskatchewan Party candidates in advance of the election.

“I’m looking forward to getting out on the doorsteps and meeting with constituents to hear about how we can continue the success of the past number of years in The Battlefords,” said Cockrill. “I have to say that I’ve heard very clearly from people here in The Battlefords that they really like Premier Moe and know that he is a strong leader for Saskatchewan and for this area of the province. With Premier Moe leading the way and a continued Saskatchewan Party government I’m certain we will continue to make important investments that the community needs, and have a strong economy and strong families here in The Battlefords.”

Cockrill also thanked outgoing MLA Herb Cox for representing constituents in The Battlefords well since he was elected in 2011, and thanked him for his strong leadership.

Cockrill has spent much of his career working in agriculture and real estate, and ran a small business. He now helps manage Fortress Windows & Doors, a family business in North Battleford. He also coaches the senior boys basketball team at North Battleford Comprehensive High School.

With Cockrill’s nomination the Saskatchewan Party has now nominated 55 candidates in advance of the provincial election.