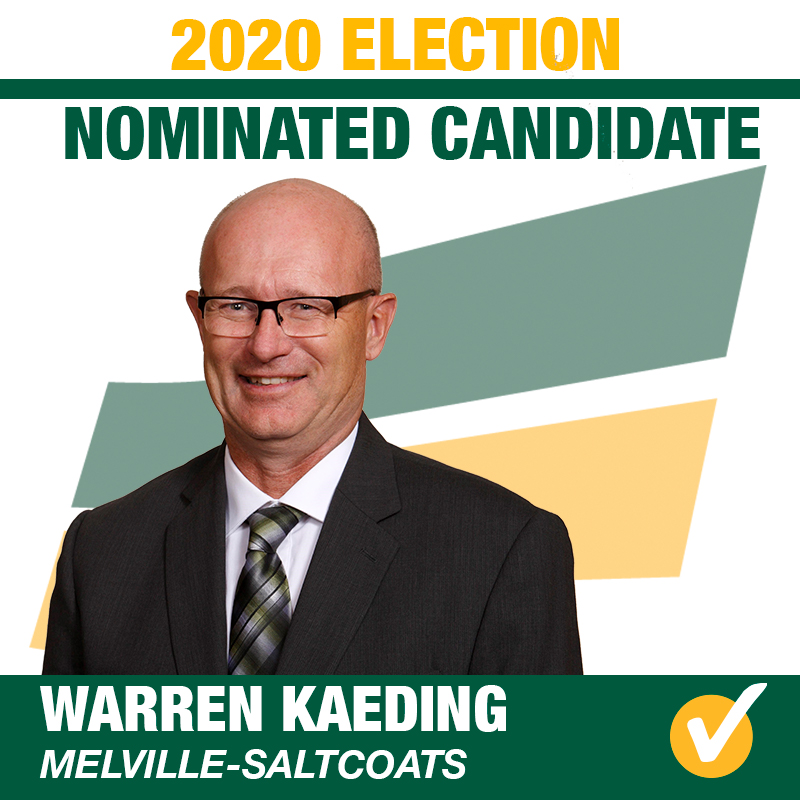 Churchbridge, SK – Warren Kaeding was acclaimed by local Saskatchewan Party members to be the candidate for the Melville-Saltcoats constituency in the 2020 provincial election. Kaeding was first elected in the 2016 election.

“After winning a close contested nomination for the 2016 election, to have the full support of Saskatchewan Party members here in advance of the 2020 election is truly humbling,” said Kaeding. “I want to thank our local members, and all of my constituents, for the support I have received these past few years.”

With Kaeding’s nomination the Saskatchewan Party has nominated 27 candidates in advance of the 2020 election.

The next nomination meeting will be held on February 20, 2019 in the constituency of Humboldt-Watrous.