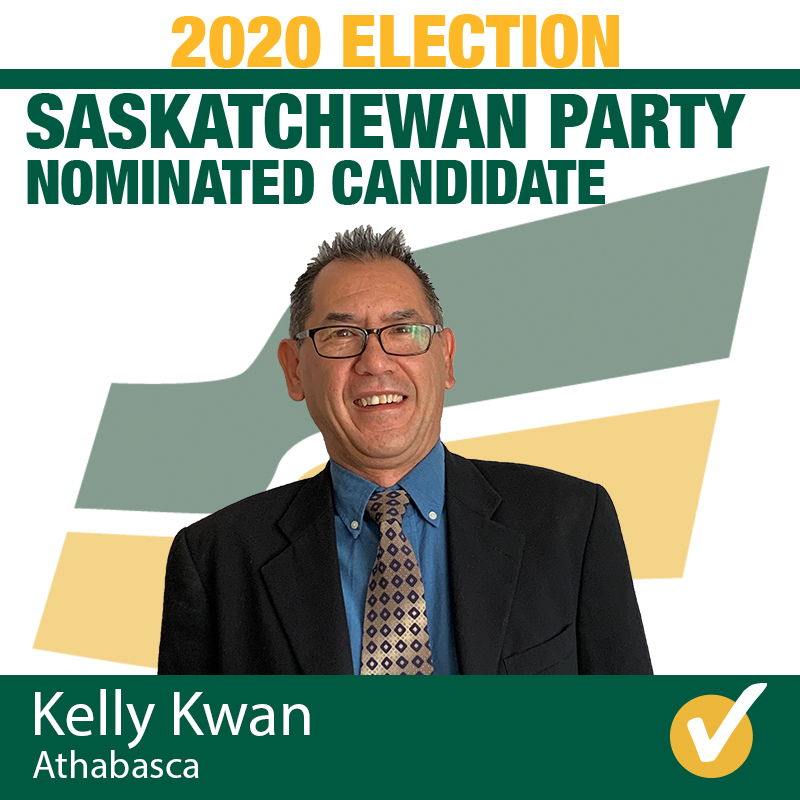 Regina – Today Kelly Kwan was acclaimed as the Saskatchewan Party’s candidate for Athabasca in the upcoming provincial election.

"I am truly grateful for the support and the confidence in me for me to be the Saskatchewan Party Candidate for Athabasca. All the support I have received for my candidacy is overwhelming.”

Kwan is looking forward to being able to give back to his community after all the guidance and support they have given him. He is excited to be able to have a chance at providing strong representation for northern Saskatchewan in the Legislature.

"There is so much economic opportunity in the north, so many resources, and so much untapped potential that can be utilized to better the lives of our communities. I am really excited for an opportunity as a northern resident of Saskatchewan to have Athabasca help achieve positive change where everyone wins through the policies of the Saskatchewan Party government and the strong leadership of Premier Scott Moe.”

Kwan is a proud Dene speaking Metis First Nations man, who with his wife, has eight children and four grandchildren. He received his education through the Northern Teacher Education Program and has been teaching since 1989. He currently lives in Turnor Lake with his family and is heavily involved in his community where he also enjoys boating, fishing, playing music, singing, and sports.

With Kwan’s nomination, the Saskatchewan Party has now nominated 59/61 candidates in advance of the 2020 provincial election.