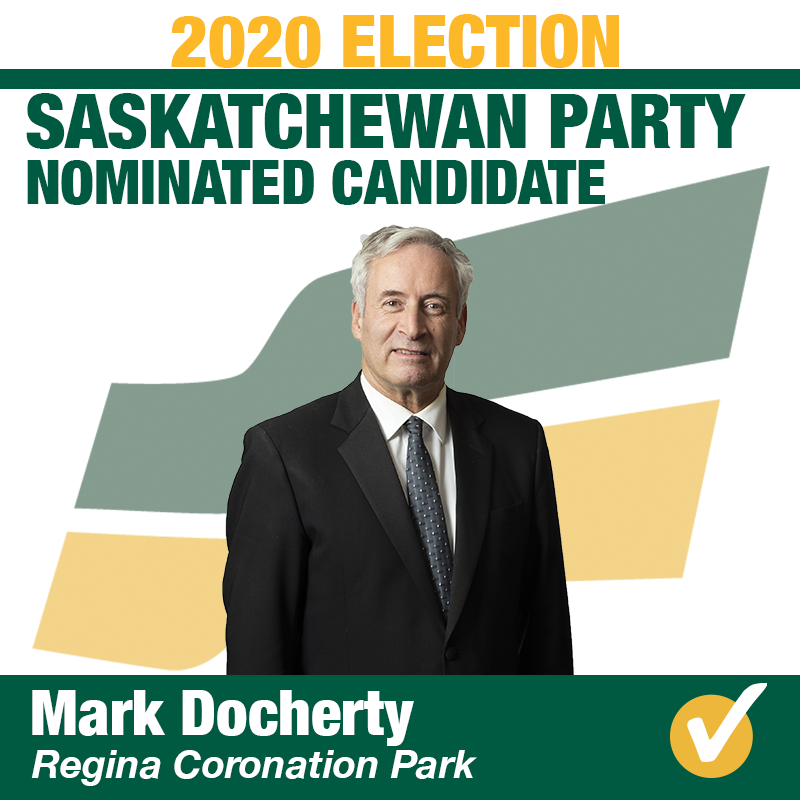 “It’s an honour to again have the support of Saskatchewan Party members in the Coronation Park constituency,” said Docherty. “I look forward to running once again in next fall’s election.”

Docherty noted his continued commitment to improving the Coronation Park constituency and all of Regina as one of the main reasons he decided to run again in the 2020 election.

“I think our Saskatchewan Party team has helped make significant improvements both here in Regina and around Saskatchewan,” said Docherty. “But, as we always say, there’s more to do. We have to keep our commitment make Saskatchewan the best place in Canada to work, live, and raise a family. Beginning with Scott Moe’s strong leadership, I’m very proud to be on the team once again as we head towards 2020.”

Prior to his career as an MLA, Docherty worked in many human service roles, including director of Dales House, director of Immigration Settlement, supervisor for Health-Community Care Branch, team leader at the Paul Dojack Youth Centre, and clinical director for Leading Thunderbird Lodge. He is also a founding board member of Street Culture Kids Project Inc. and has served on the board of the North Central Community Association.

The Saskatchewan Party has now nominated 49 candidates in advance of the 2020 election.