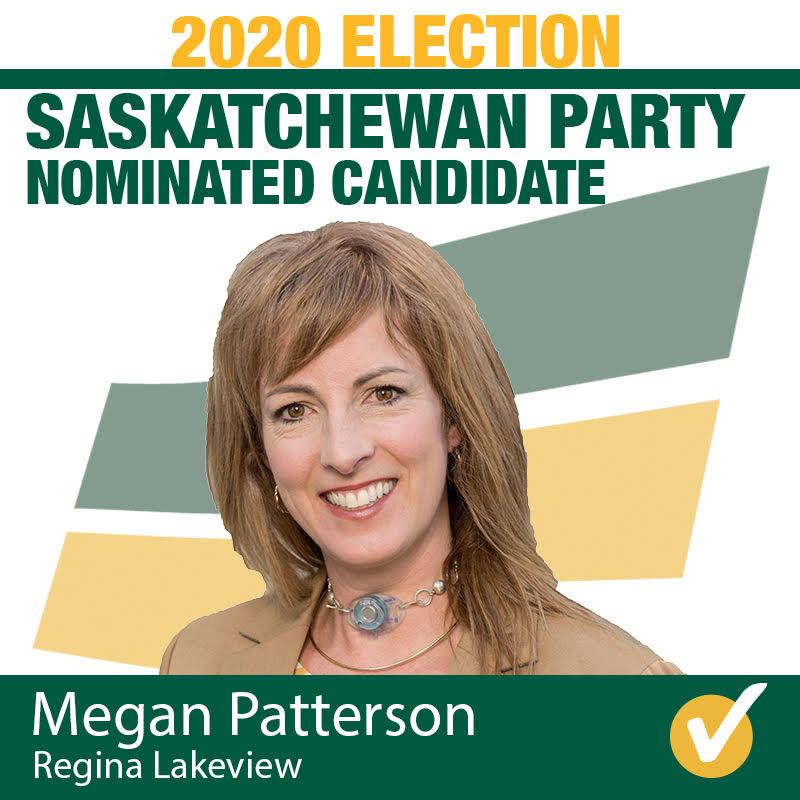 Regina – Today Megan Patterson won a contested nomination to be the Saskatchewan Party’s candidate for Regina Lakeview in the upcoming provincial election, defeating one other candidate.

"I just want to thank the members in the constituency who voted for me and would like to thank all the volunteers who helped me with the campaign and those who signed my nomination papers.”

Patterson said she is looking forward to getting out in the community and working with the Saskatchewan Party and Premier Scott Moe to bring their concerns to the table.

"I want to work hard to maintain the high quality of life and standard of living that puts our province ahead of many. A strong recovery and a strong economy is important to continue supporting our vital services such as healthcare and education."

Patterson notes that an important priority for her is a strong and growing Saskatchewan that encourages young people to build their lives here. “At the time when I graduated, many young people were fleeing the province to find work and to build their lives elsewhere. That’s the legacy of the NDP. I am excited to be a part of Premier Scott Moe’s team that is building a strong and growing Saskatchewan.”

With Patterson’s nomination, the Saskatchewan Party has now nominated 57/61 candidates in advance of the 2020 provincial election.