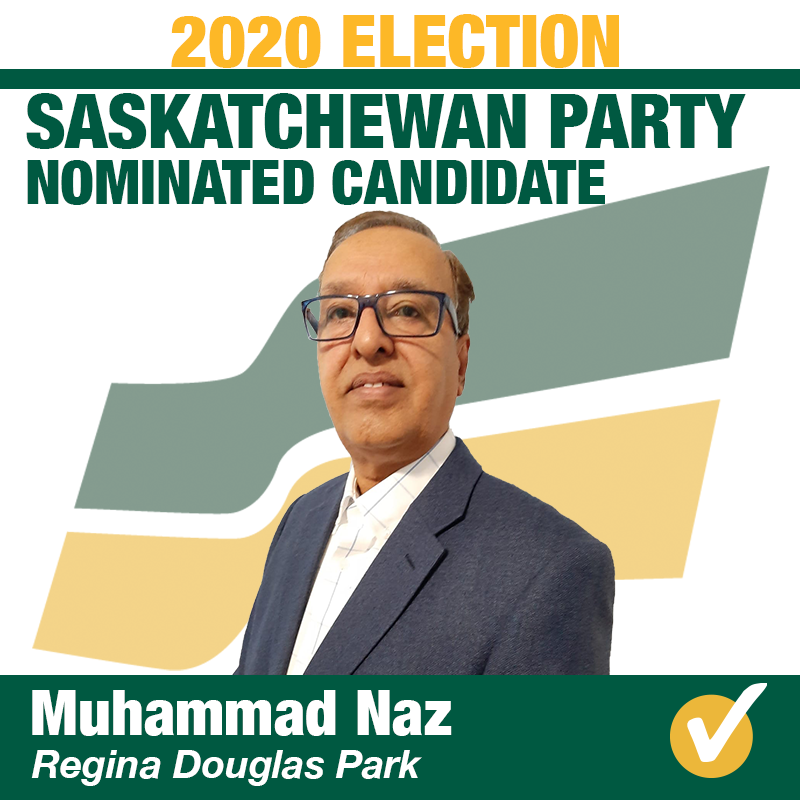 Tonight, Nadeem Naz was nominated as the Saskatchewan Party’s candidate for Regina Douglas Park in the upcoming provincial election. He ran for the nomination unopposed.

“I’m very pleased to stand as a candidate for the Saskatchewan Party in the upcoming election,” said Naz. “I’m looking forward to getting out on the doorsteps in Douglas Park and meeting as many constituents that I can in that great area.”

Naz pointed to Premier Scott Moe’s strong leadership as a reason for putting his name forward as a Saskatchewan Party candidate.

“Looking across Canada, I have to say that I’m so thankful to have Premier Moe leading our province,” he said. “From day one he has shown strong leadership against the Trudeau carbon tax, I know we will keep supporting the development of pipelines, and I know Premier Moe will ensure a Saskatchewan Party government keeps investing in vital social programs.”

With Naz’s nomination, the Saskatchewan Party has now nominated 54 out of 61 candidates in advance of the provincial election.