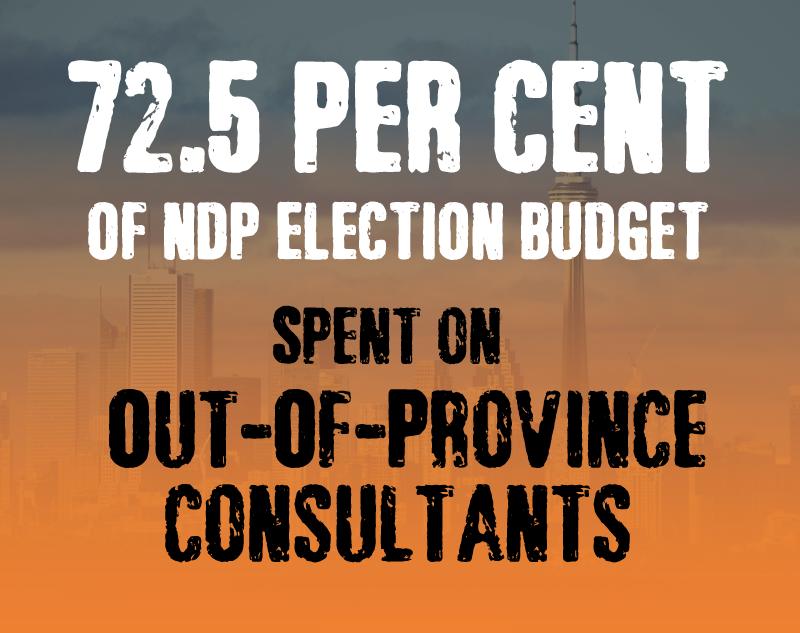 Once again, the NDP is caught saying one thing but doing another.

The NDP like to complain about the use of out of province consultants, but their recently released 2016 Election Return shows that nearly three-quarters of the money the NDP spent on their provincial campaign went to consultants and staffers from outside Saskatchewan.

And what was the result?  A disastrous, tone-deaf campaign where the NDP received their lowest share of popular vote ever and their leader lost his seat.

Certainly, a party may have to go out of province for some services during an election campaign.  But nearly three-quarters of your total spending, from a party that regularly decries the use of out of province consultants?  Pretty hypocritical.

Total of out of province consultants and staffers: $630,777 or 72.5% of total NDP election spending