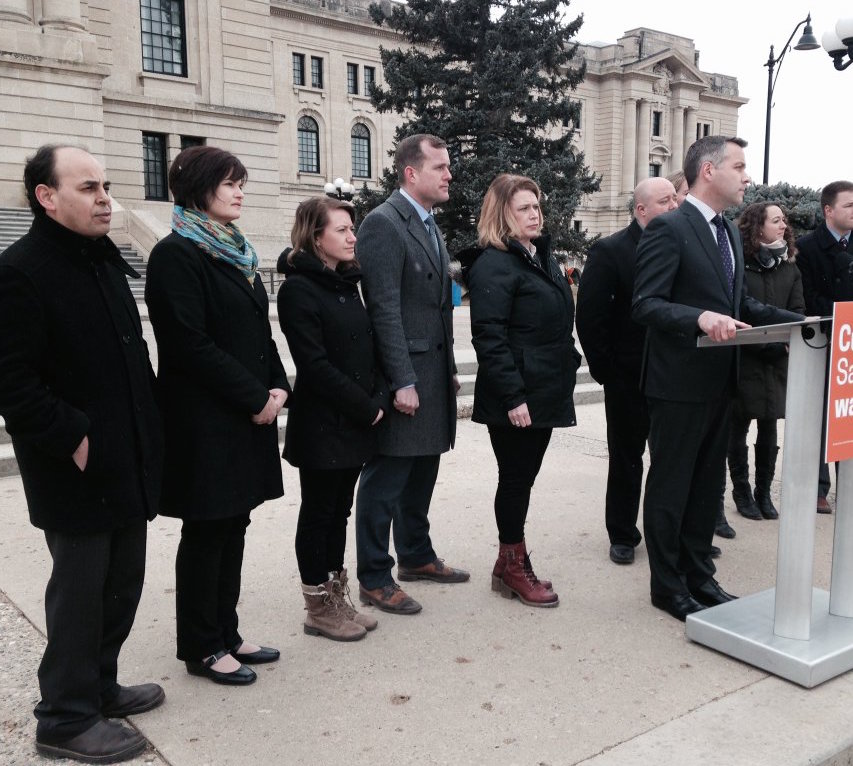 At a time when Saskatchewan needs to be building infrastructure that improves services for citizens and boosts our economy, the NDP want to instead delay or cancel projects and force people out of work.

The NDP today announced they would eliminate SaskBuilds and the public-private partnership (P3) infrastructure projects it helps manage for the province.

They want to pause or cancel existing P3 infrastructure projects, most of which are currently under construction. Let’s be very clear on what projects they are talking about:

Over 100 Saskatchewan businesses are involved in these projects that are creating roughly 12,500 construction, engineering, and related jobs in Saskatchewan.

These jobs will all be in jeopardy if the NDP is given the chance to pause or cancel these P3 projects with their reckless plan.

The NDP would rather follow their blind ideology that would kill jobs, harm our economy and add many more years of delays rather than allow the private sector to have more involvement in these projects.

THE REALITY: P3 projects are an innovative approach to build faster, better and lower cost infrastructure for ALL of Saskatchewan.

ALL Saskatchewan P3 projects are publicly owned, despite what you hear from the NDP and their friends.

P3s have widespread support from municipalities, business leaders and workers from across Saskatchewan.

Cam Broten’s NDP needs to wake up and understand what their irresponsible plan would do to thousands of Saskatchewan workers, our economy and the new schools, hospitals, and highway projects people are counting on to be built.