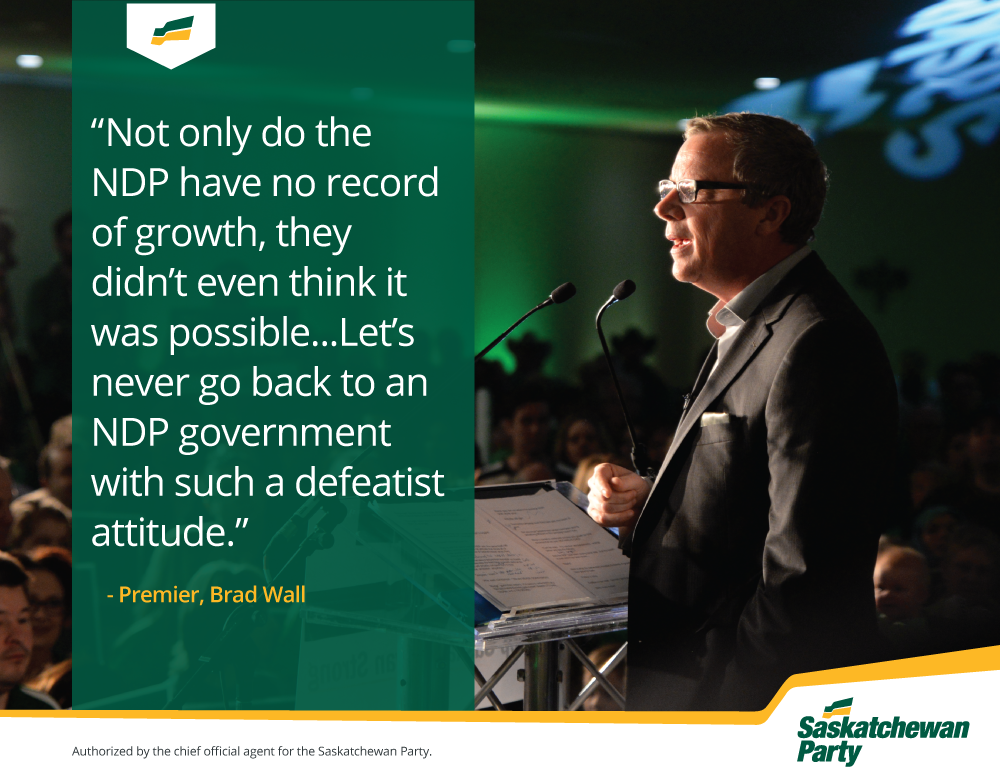 Premier Brad Wall wrapped up the 2016 Saskatchewan Party election campaign today in Moose Jaw by asking the same question he has asked throughout the campaign: “Who will keep Saskatchewan strong?”

“The most important issue in this campaign is the economy, and it’s the Saskatchewan Party, not the NDP, that has a record of growth and a plan for keeping Saskatchewan’s economy strong.

“Not only do the NDP have no record of growth, they didn’t even think it was possible, and they said so.  They said the Saskatchewan Party’s goal of growing the population by 100,000 people in 10 years was ‘impossible’ and ‘farcical,’” Wall said.  “Let’s never go back to an NDP government with such a defeatist attitude.”

Wall said the NDP made a lot of empty promises when they were in government, but never delivered.   Wall was joined by the Saskatchewan Party’s Moose Jaw candidates Warren Michelson and Greg Lawrence outside the new Dr. F. H. Wigmore Regional Hospital, which opened last year.

“We are standing in front of a brand new hospital that the NDP talked about for many, many years but never delivered,” Wall said.  “It’s symbolic of the difference between our government and theirs.  The Saskatchewan Party has a record of getting things done for Saskatchewan people, and we will continue to do so if we are re-elected on Monday.

“I know there is more work to be done but Saskatchewan is stronger today than it has ever been,” Wall said.  “Let’s never go back to the way it was under the NDP.