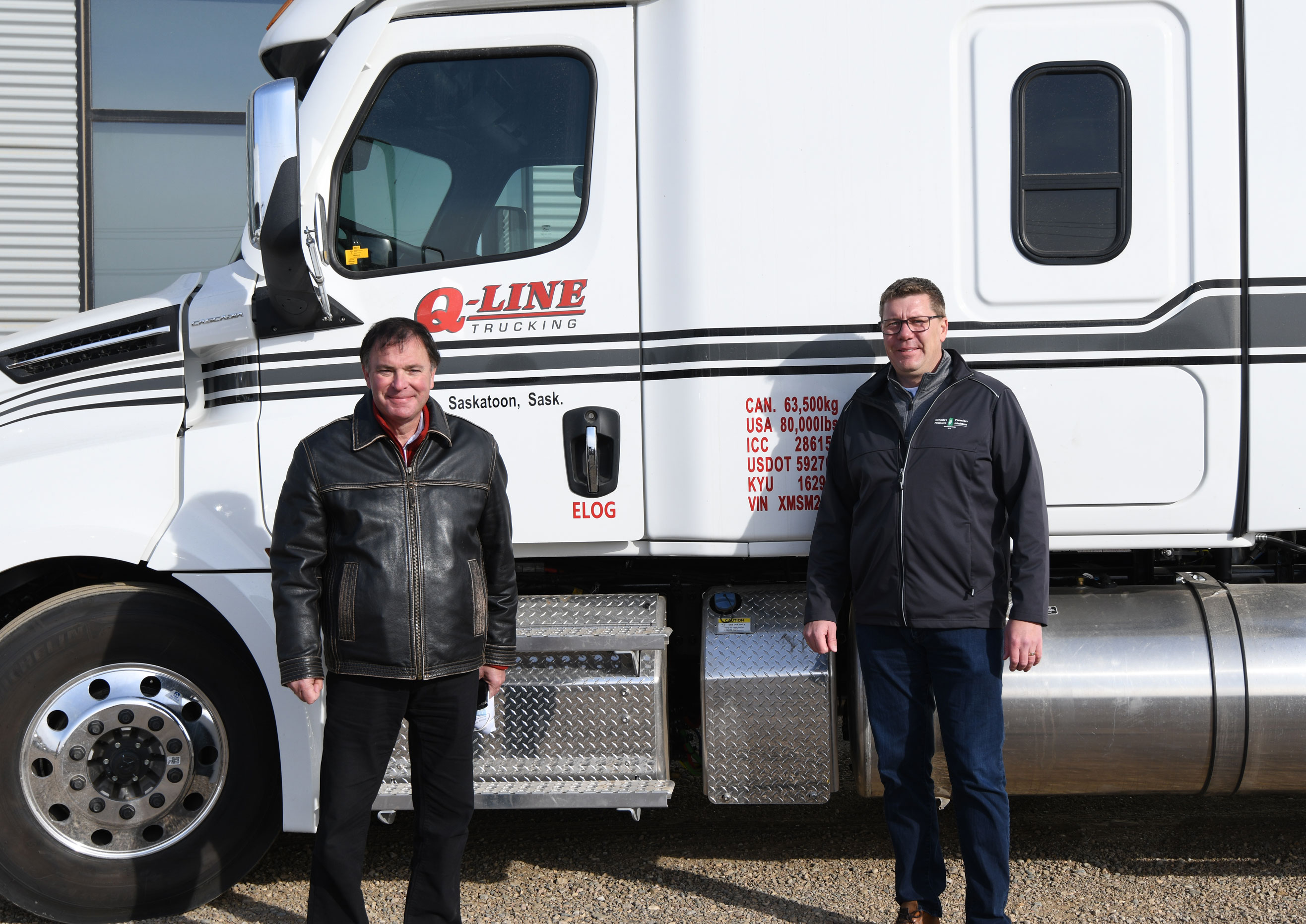 A re-elected Saskatchewan Party government will continue to invest in Saskatoon to ensure the city remains an engine of growth in the province for years to come, Premier Scott Moe said Friday.

"Saskatoon is one of the fastest-growing, most dynamic cities in Canada. We have supported that growth by making strategic investments in infrastructure, health care, education, culture and research and by providing incentives for industry to innovate and expand," Moe said.

"In the years ahead, we will continue to invest in the city and surrounding area because we know a strong, growing Saskatoon is essential to the well-being of the entire province."

Moe visited the headquarters of Q-Line Trucking, a transportation company that has experienced rapid growth serving all of Saskatchewan’s major industries.

Moe said companies like Q-Line are leading the way as the province’s economy continues to recover from the Covid-19 pandemic.
He said the Saskatchewan Party government has supported Saskatoon’s culture of entrepreneurship and innovation and quality of life with major investments.

Since 2007, the government has invested more than $1.8 billion in infrastructure in the city.

Moe noted that, in addition to those specific investments, this year, Saskatoon received nearly $50 million in municipal revenue sharing – a 180 per cent increase since 2007.

The Saskatchewan Party government has also provided incentives and made investments to support manufacturing, processing and research in the Saskatoon area.

The government is investing $31 million to build Canada’s first rare earth processing facility at the Saskatchewan Research Council in Saskatoon.

It has provided tax incentives to encourage investment in manufacturing, processing and technology, and has made a record investment in agricultural research.

"We have an ambitious Growth Plan with clear objectives, including creating 100,000 new jobs by 2030, boosting exports by 50 per cent, and tripling the size of our growing tech sector based in Saskatoon," said Moe.