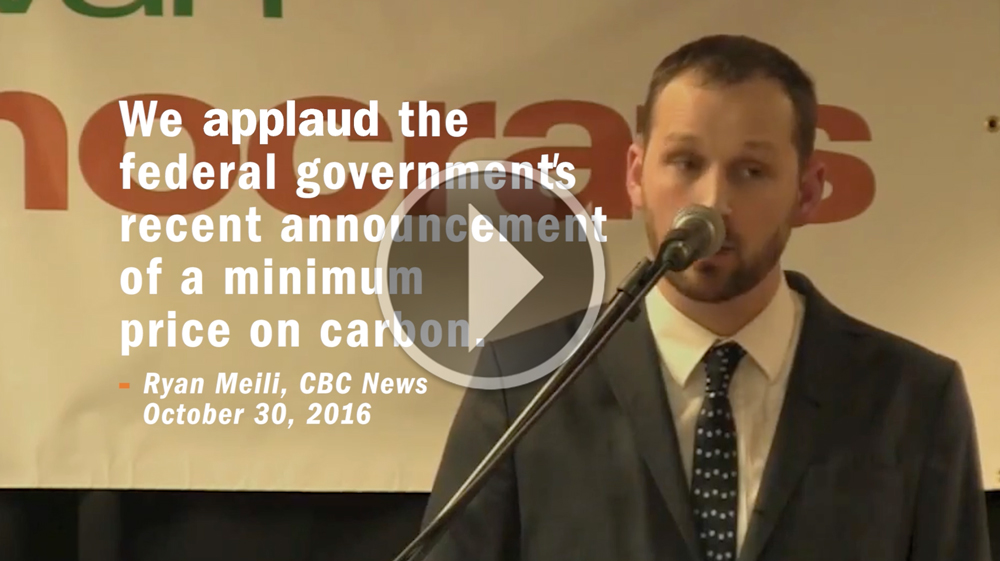 "We applaud the federal government's recent announcement of a minimum price on carbon.”

The provincial NDP are now fully in support of a carbon tax in Saskatchewan. Recently nominated NDP Saskatoon Meewasin by-election candidate Ryan Meili supports both a provincial carbon tax and the Trudeau plan to impose a federal carbon tax on the province.

During the 2013 NDP leadership race, Meili said: "We also need to look at what's been done in other places and consider a modest carbon tax."

Then last October, after Justin Trudeau announced his plan to impose a federal carbon tax in Saskatchewan, Meili said he "applauds" the Trudeau carbon tax plan.

"We applaud the federal government's recent announcement of a minimum price on carbon," Meili said in a written commentary published in several media outlets on October 30, 2016.

Premier Brad Wall said the NDP's support for a carbon tax sets up a clear choice in the upcoming Saskatoon Meewasin by-election.

"The Saskatchewan Party government will continue to fight the federal government's plan to impose a carbon tax on Saskatchewan people," Wall said.  "The NDP support the Trudeau carbon tax.  I think that's going to be an important issue and a clear choice in the upcoming by-election."

A recent poll showed that 73 per cent of Saskatchewan people support Premier Wall's position on the carbon tax while just 27 support the NDP position.

"Once again, the NDP is completely out of touch with the vast majority of Saskatchewan people," Wall said.  "Our government will continue to fight climate change through innovation and adaptation, not taxation."

The Saskatchewan Party will nominate its candidate in Saskatoon Meewasin this evening.  Wall said he expects to call the by-election within the next few days so that Meewasin residents are represented when the Legislature resumes sitting in March.