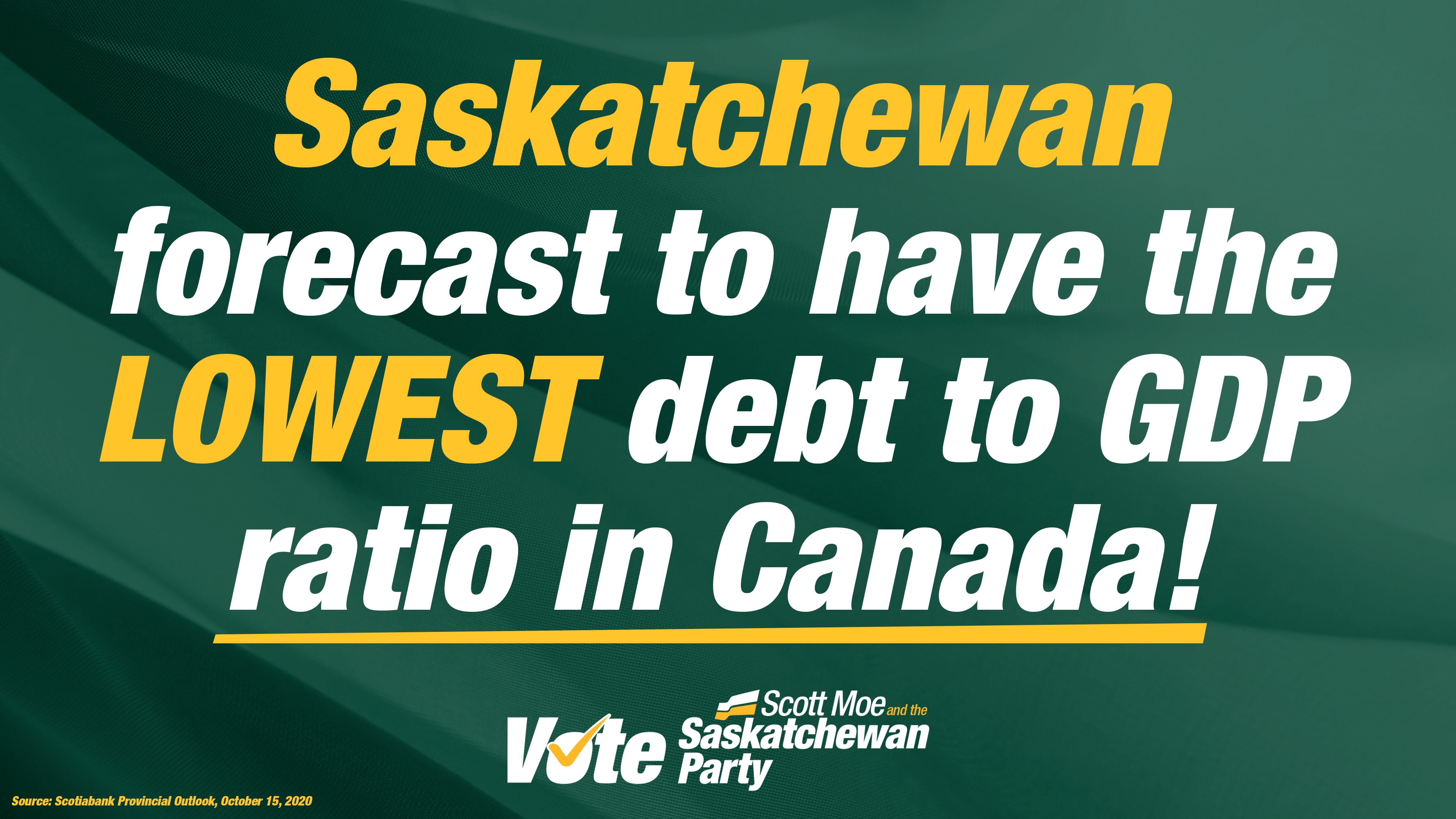 In its analysis, Scotiabank said it has “upgraded the province’s outlook over the course of the year, largely as a result of its success in containing COVID-19’s spread.”

Scotiabank also noted Saskatchewan now has the lowest debt-to-GDP ratio in the country.

“We are on the right track with our plan for a strong recovery and a balanced budget by 2024,” Moe said. “As we saw in last night’s debate, that’s a sharp contrast the Ryan Meili and the NDP, who have made $4 billion in reckless spending promises they failed to account for.

“The NDP would wreck Saskatchewan’s finances, stall the recovery, drive up the deficit and drive up your taxes. They’re a risk we can’t afford.”