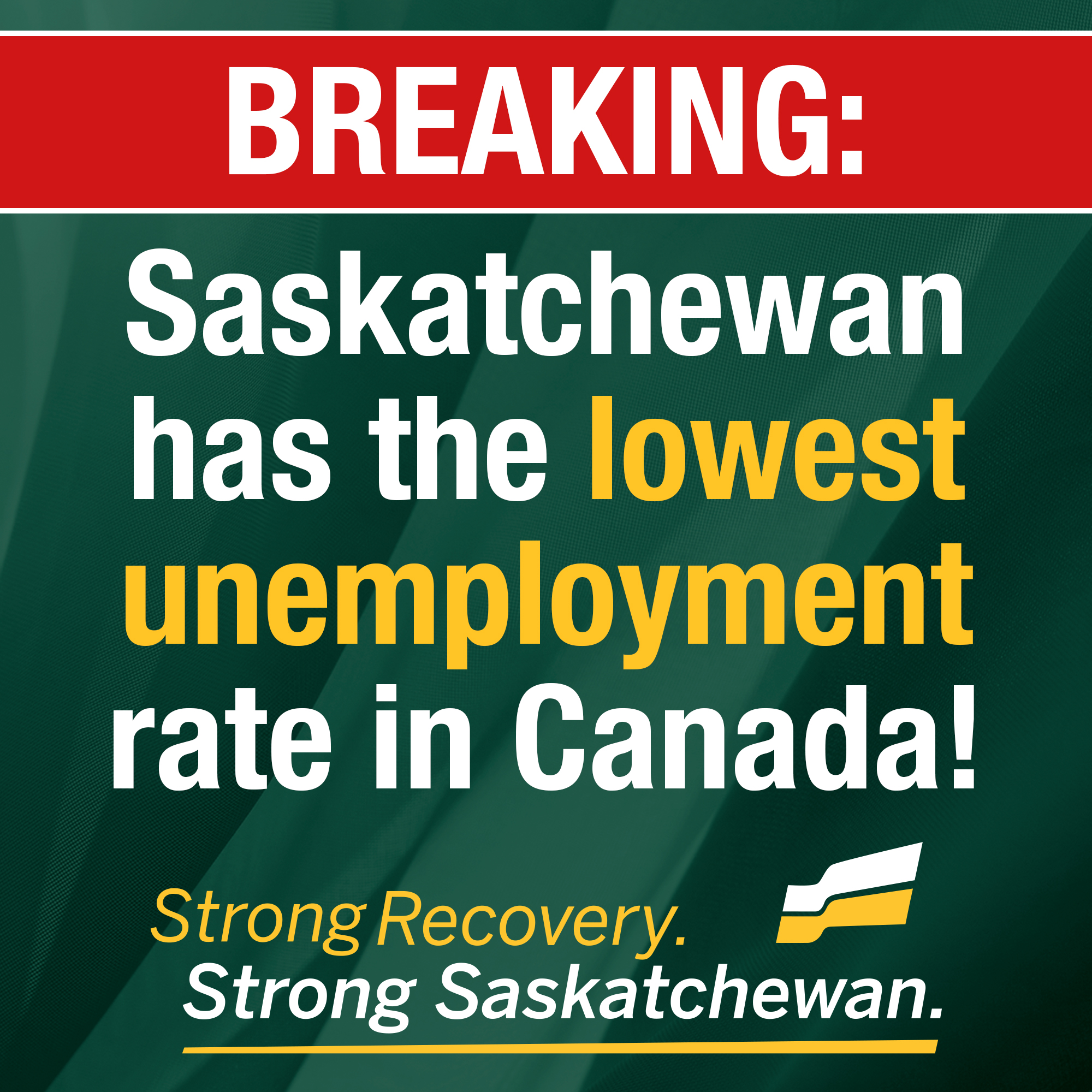 There were 8700 more jobs created in Saskatchewan in September as the unemployment rate fell to 6.8 per cent, the lowest in Canada. The September labour force report was released today by Statistics Canada.

“The Saskatchewan Party has a plan for a strong recovery from the pandemic, and today’s new job numbers show that plan is already working,” Moe said. “A re-elected Saskatchewan Party government will keep the recovery going strong by lowering the cost of your power bill and home renovations, by cutting the small business tax, and by continuing to build hospitals, schools and highways across Saskatchewan.

“Saskatchewan people have shown that together, we can safely re-open our economy and control the spread of the virus at the same time. More people were able to continue working through the pandemic in Saskatchewan than any other province in Canada, and now, thousands of jobs are coming back.