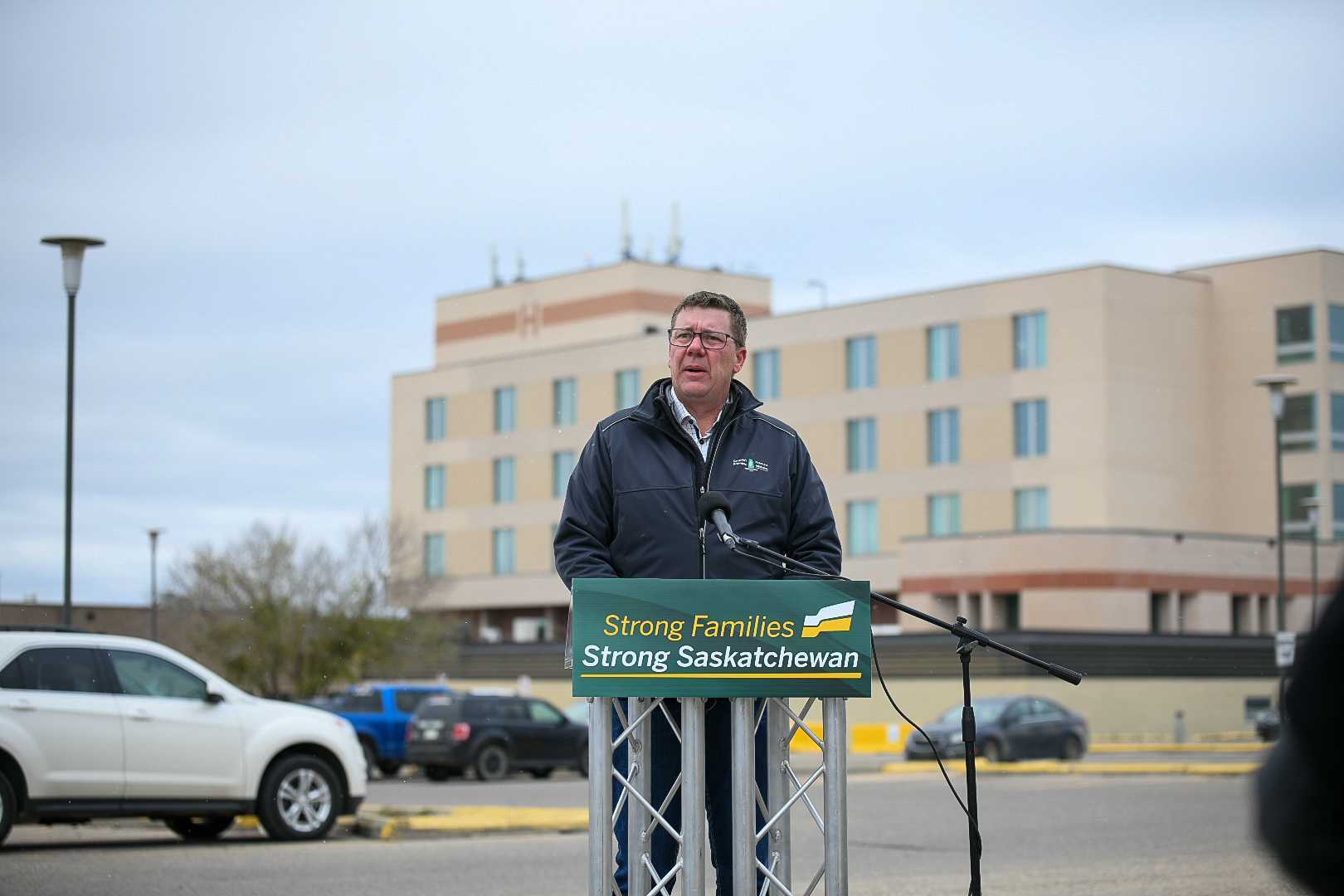 A re-elected Saskatchewan Party government will work hard to ensure the province has a strong, growing economy that will support a great quality of life for families in every community, including Prince Albert, Premier Scott Moe said Saturday.
Making his third visit to Prince Albert during the election campaign, Premier Moe said the city has made a major contribution to the progress Saskatchewan has enjoyed since 2007 and will help drive growth in the years ahead as the province recovers from the pandemic.