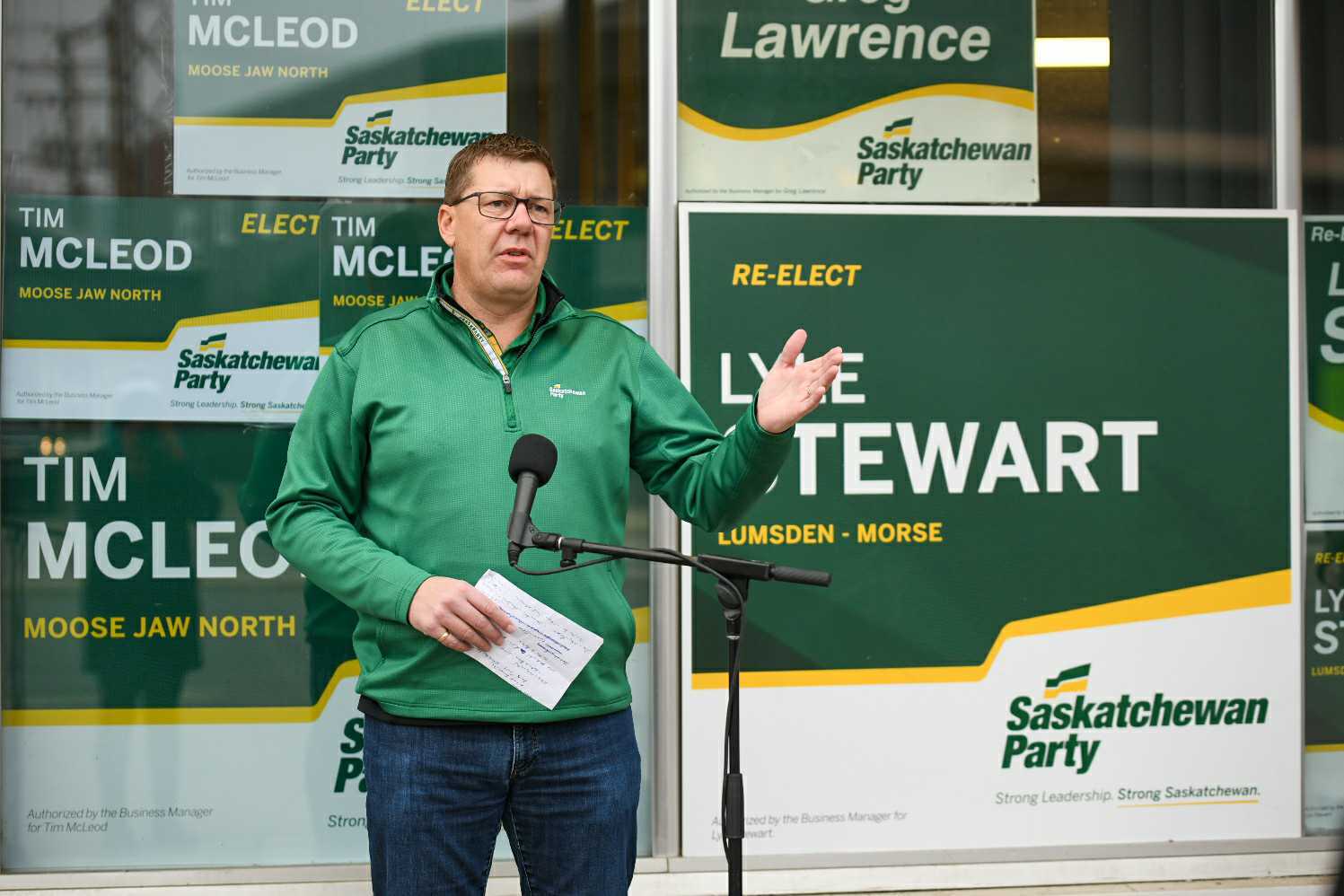 Premier Scott Moe kicked off the final weekend of the election campaign this morning in Moose Jaw, where he asked voters to elect Saskatchewan Party candidates Greg Lawrence and Tim McLeod.

“Greg Lawrence has been a strong voice for Moose Jaw in our Saskatchewan Party government and I’m looking forward to having Tim McLeod join him in the Legislature,” Moe said.

Premier Moe said Greg Lawrence and retiring MLA Warren Michelson both played a huge role in the bringing many important government investments to Moose Jaw, including:

“A re-elected Saskatchewan Party government will keep building strong communities like Moose Jaw,” Moe said.  “We have a plan for a strong recovery and plan to make life more affordable for everyone by reducing your power bill and reducing the cost of your home renovations.

“Greg Lawrence and Tim McLeod will play a big role in helping a Saskatchewan Party government deliver on our plan for a strong recovery and a strong Moose Jaw, so I am asking Moose Jaw voters to support them on Election Day.”

Voters can cast their ballots at an advance poll from noon until 8 pm today or on Election Day, this Monday, October 26th from 9 am until 8 pm.

“A strong economy, strong families, and strong communities like Moose Jaw – that’s our plan for a strong Saskatchewan.”