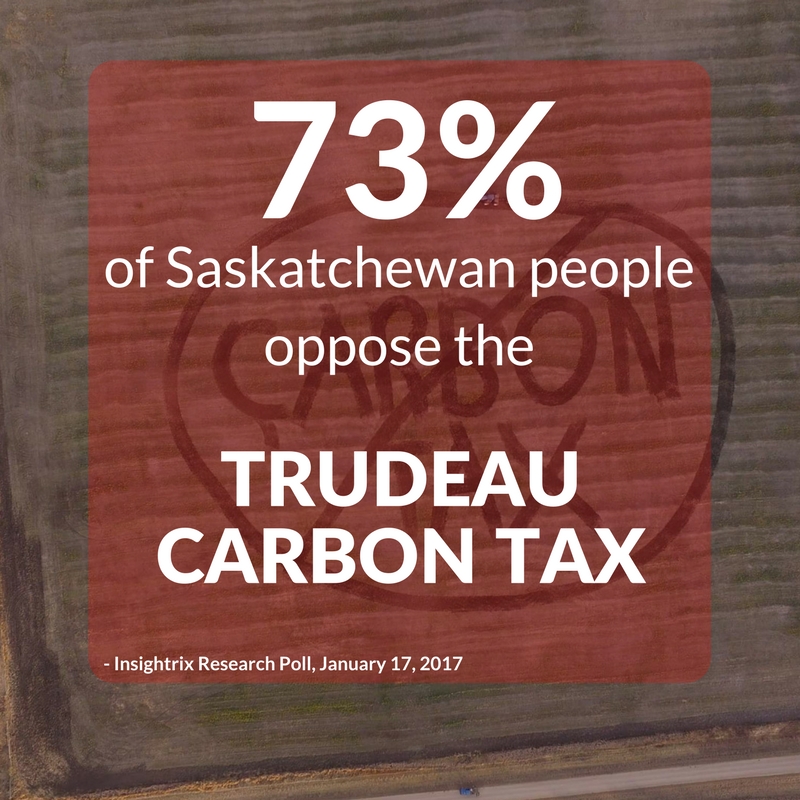 Premier Brad Wall has been standing up for Saskatchewan by opposing the Trudeau carbon tax.

Wall said the Saskatchewan NDP, like their counterparts in Alberta, support a carbon tax.

“In a recent vote in the Legislature, the NDP refused to support our government position opposing the carbon tax,” Wall said.  “This poll shows that once again, the NDP is out of touch and out of step with the vast majority of Saskatchewan people.”

The poll was commissioned by the SaskParty and conducted by Insightrix Research, who surveyed 803 respondents online from its online panel of Saskatchewan residents between the dates of January 9 to 12, 2017.  Quotas were set by age, gender and region to match the general population of the province.  Since the research is conducted online, it is considered to be a non-probability proportion sample and therefore, margins of error are not applicable.