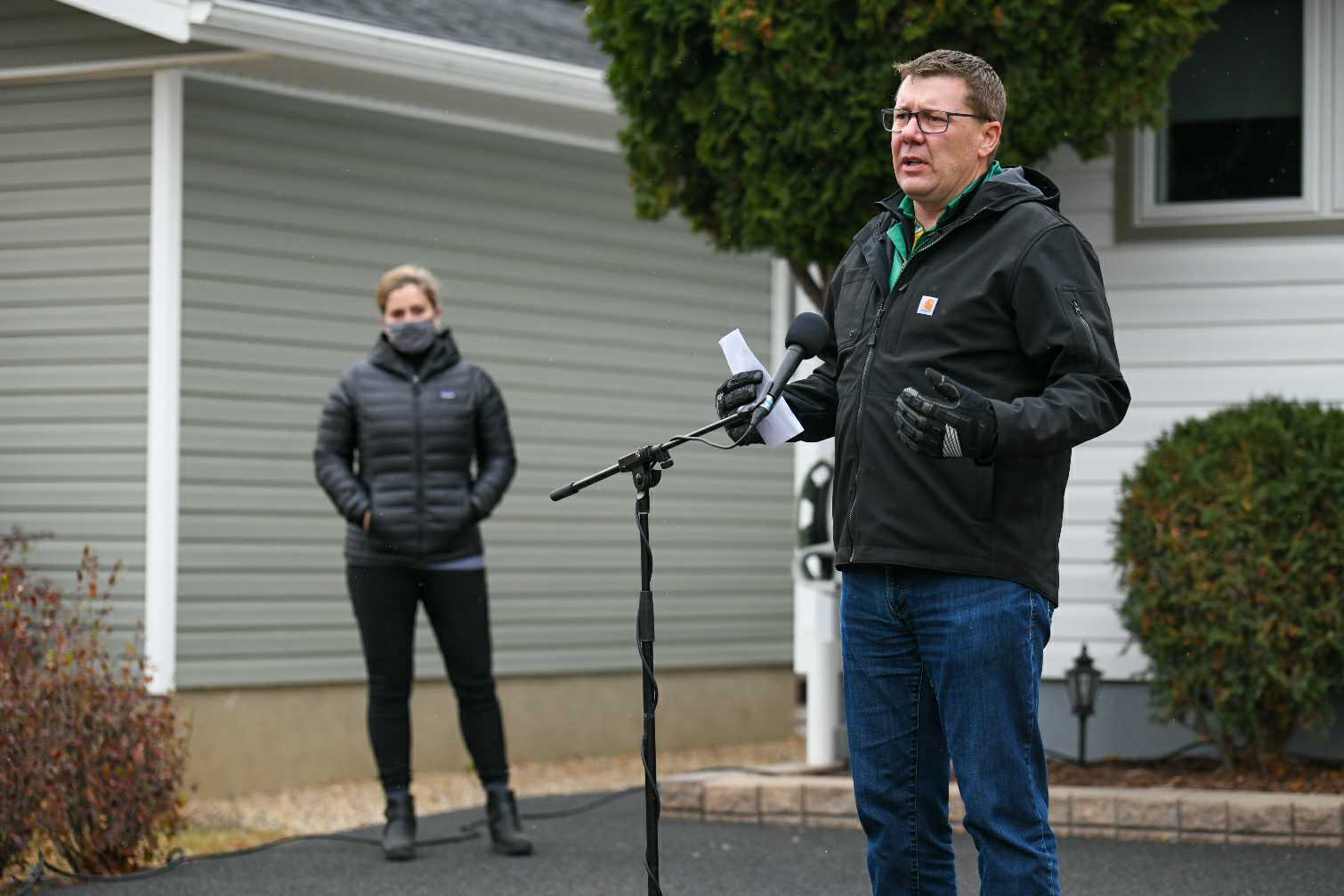 Premier Scott Moe made his third campaign stop of the day in Saskatoon Eastview where he asked voters to elect Saskatchewan Party candidate Chris Guérette.

“I know Chris loves this city, she loves meeting people and she has run a very energetic campaign, meeting voters on thousands of doorsteps over the past few weeks,” Moe said.  “I believe that hard work and positive message will pay off on Election Day, here in Saskatoon Eastview and throughout Saskatoon.”

Since the Saskatchewan Party government was first elected in 2007, it has invested more than $1.8 billion in capital project in Saskatoon, including:

Premier Moe said from now through Election Day, the Saskatchewan Party will continue to promote its plan for a strong recovery that makes life more affordable for everyone.

Voters can cast their ballots at an advance poll until 8 pm today or on Election Day, this Monday, October 26th from 9 am to 8 pm.