Talk Vs. Action On Education 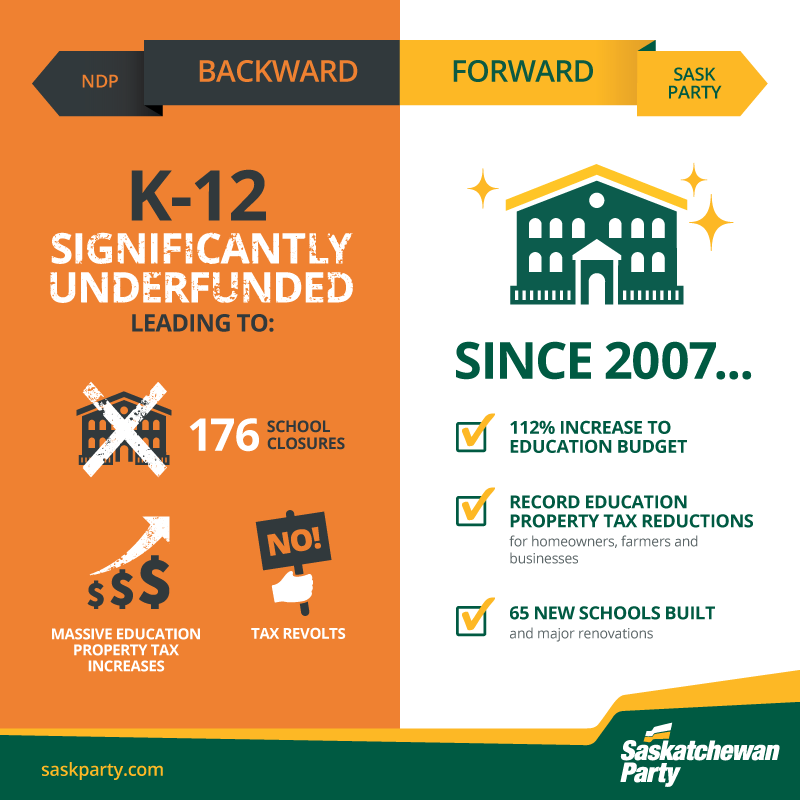 The NDP have been talking a lot about education during this election campaign, but once again, their record falls far short of their talk.

Since 2007, we have invested record amounts into both capital and operating funds to school divisions across the province to address challenges of growth and neglected infrastructure from previous governments.

In education capital alone, almost $1 billion has been invested in 8 years to build new schools and repair existing ones. That's a 330% increase over the last 8 years of the NDP. 40 new schools have been, or are being, built or replaced since 2007, and over half of Saskatchewan schools have been renovated since then.

On the operating side, there has been record funding every single year, with funding up over 30% since 2007 on average across Saskatchewan. There have also been increases in the complements of staff in the last 8 years, including 614 more teachers, 200 more student support teachers, and more specialists like psychologists, speech language pathologists, and social workers.

In contrast what was the NDP's record in government when they had a chance?