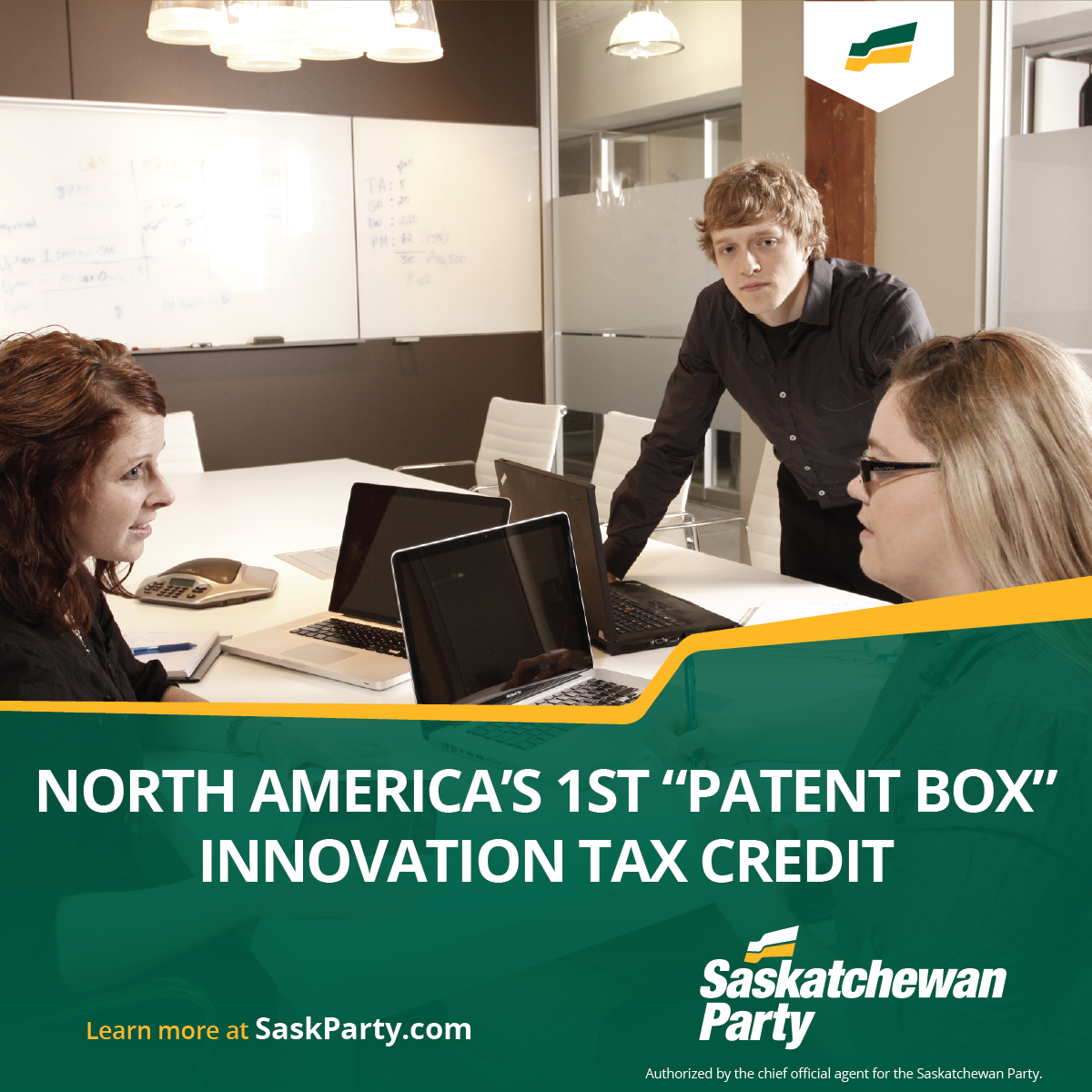 Premier Brad Wall today said that if re-elected, a Saskatchewan Party government will introduce a new tax incentive to commercialize innovation in Saskatchewan.

The Saskatchewan Commercial Innovation Incentive will be a new growth tax reduction that lowers the Corporate Income Tax from 12 to six per cent on income earned on the commercialization of patents into new products by Saskatchewan companies.  Also known as a “patent box” or “innovation box,” this new incentive will reward firms for developing and commercializing new patents and intellectual property here in Saskatchewan.

“Becoming the first province in Canada and the first jurisdiction in North America to offer this incentive will be one more part of the Saskatchewan advantage that has already attracted thousands of new people and jobs and millions of dollars of new investment to Saskatchewan over the past few years,” Wall said.

The Canadian Manufacturers and Exporters Association has called for the introduction of patent boxes.  Saskatchewan would be the first province in Canada to introduce this incentive for innovation, giving the province an important competitive advantage.

Saskatchewan’s patent box incentive would be available to all sectors, but it should particularly appeal to Saskatchewan’s key economic strengths in agricultural biotech, manufacturing, energy and mining.

-       Advancing Saskatchewan’s advantages in areas like natural resources and agriculture; and

-       Innovating and diversifying our economy around our economic strengths.

Wall pointed to Saskatchewan’s total exports of $32.5 billion in 2015 – the second-best total on record and up 65 per cent since 2007 – as proof of Saskatchewan’s strong and resilient economy despite the challenges facing the energy sector.

“There’s more to be done but we’ve come a long way from the days when the NDP was driving people, jobs and investment out of Saskatchewan,” Wall said.  “Let’s keep Saskatchewan strong.”