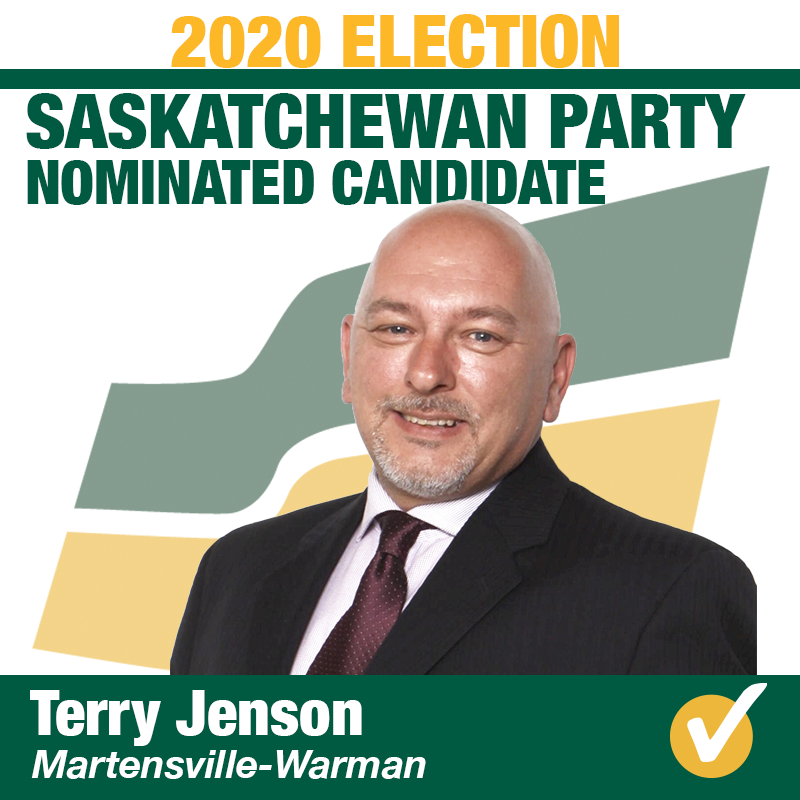 “Thank you to everyone that came out to support me tonight, I really appreciate it,” said Jenson. “More importantly, though, thank you to everyone that supported all of the candidates here that put their name forward. I will be working hard to earn the support of the voters in this constituency to ensure Martensville-Warman continues to be a Saskatchewan Party seat for many more years to come.”

Jenson said he looks forward to working with Premier Scott Moe and the rest of the Saskatchewan Party team leading up to and during the 2020 election.

“Premier Moe is an incredibly strong leader for Saskatchewan,” said Jenson. “I know that people here in the province can count on him to stand up for them, whether that’s against the Trudeau carbon tax, or for our farmers that need a bit of extra help right now. He’s a great premier and leader and I’m excited to work with him.”

Jenson also thanked outgoing Martensville-Warman MLA Nancy Heppner and the entire Heppner family. “The success of the Saskatchewan Party in this constituency would have never been possible without the leadership from Heppner’s – first from Ben, and then Nancy for the last number of years. Filling Nancy’s shoes will be extremely difficult, but I’m looking forward to serving my constituents to the best of my ability just as Nancy has done.”

Since 2008, Jenson has owned the Clark’s Crossing Gazette, a community newspaper covering the Martensville-Warman area. He is also the past-president of the Saskatchewan Weekly Newspapers Association (SWNA) and is currently the president of Ad Canada Media Inc..

Jenson and his wife, Angela, live in Warman with their two children.

With this nomination, the Saskatchewan Party has now nominated 43 candidates in advance of the 2020 provincial election.