Week One Highlights Our Plan Vs. NDP's Lack of Any Plan 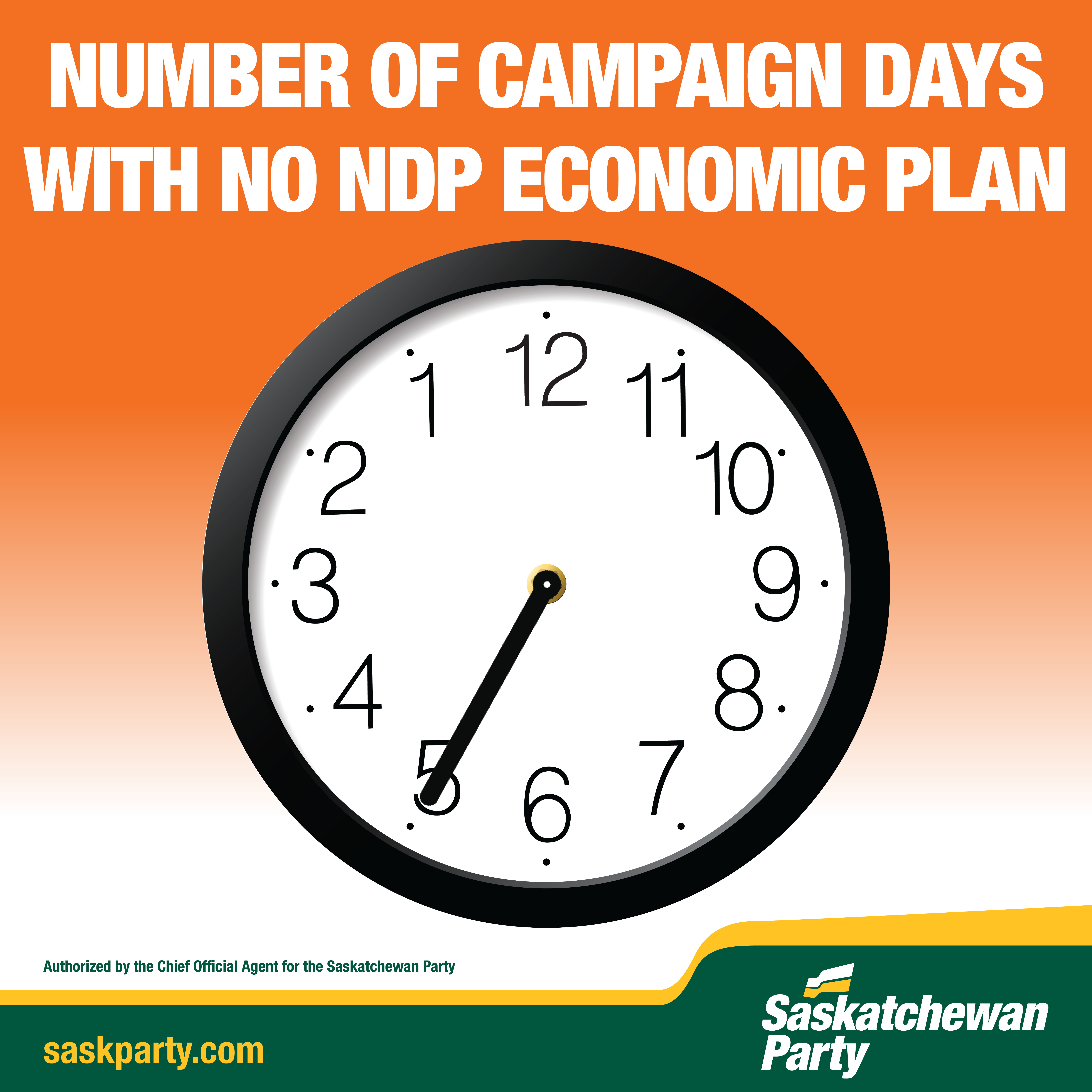 “This week, we talked a lot about the Saskatchewan Party’s economic plan for the future,” Wall said.  “We announced our plan to keep the economy strong through continued investments in highways and infrastructure and new growth tax incentives.

“We also talked about our record – the lowest unemployment rate in Canada and the second-strongest rate of job growth in the country from 2008 to 2015 – over 68,000 new jobs or 24 new jobs per day.

“We did see a few hints of how the NDP would manage the economy.  They had candidates who wanted to shut down the uranium industry and who thought farmers are ‘stupid.’  And Mr. Broten wants to stop P3 construction projects, killing thousands of construction jobs.”

Wall said an NDP government would be a disaster for Saskatchewan’s economy.

“Saskatchewan voters have seen that movie before and they know it doesn’t end well,” Wall said.  “Jobs leaving.  Investment leaving.  Young people leaving.  Families leaving.  That’s the NDP record and that’s what they would do to Saskatchewan again if they ever got the chance.”

At an event in Moose Jaw, Wall unveiled a clock highlighting the number of campaign days the NDP have gone without putting out any kind of economic plan.

“You’ll notice that the numbers on the clock go backward, just like the way the NDP would take our economy backward,” Wall said.

“Let’s never give the NDP the chance to drag Saskatchewan’s economy back to the way it used to be – people, jobs and investment leaving Saskatchewan.  Let’s keep Saskatchewan strong.”